(1)  EDITORIAL:  Vladimir Putin, on the Take

(5)  The Kremlin’s Eye turns towards Piter

NOTE: Why do Russians ignore the fate of their own 9/11 victims? Is it because they are cold barbarians, or is it because their government is hiding something, like the fact that it killed them, not terrorists?

NOTE:  Russia Sucks! In a variety of fashionable colors!

NOTE:  Americans in school in Moscow. See it now.

EDITORIAL: Vladimir Putin, on the Take

Vladimir Putin, on the Take

We recently published a Special Extra post which contained a translation of an item from the Russian web.  In it, a Russian website interviewed a high-ranking Russian corruption investigator who revealed shocking details about his investigation of Vladimir Putin for personal corruption while Putin was serving in the government of St. Petersburg.

In an almost casual fashion, as if it were obvious to everyone, the investigator reveals that Putin had both hands in the cookie jar of budget revenues in Piter.  And, of course, to any human with a brain it is obvious. How else would Putin be able to afford to sport expensive watches and live in a network of palaces that span the globe?  And if Putin were not personally corrupt, how could corruption flourish so openly in Russia, so that Transparency International routinely finds Russia to be the single most corrupt major civilization on this planet?

The fact that Putin’s personal corruption is so well documented, even in Russia itself, just goes to prove that Russians approve of it, just as they approve of Putin’s brutal crackdown on democratic values, including his brazen murder of political opponents like Starovoitova, Politkovskaya, Estemirova and Markelov. Indeed, we recently reported on the fact that a new arrest in the Politkovskaya case clearly shows the involvement of high-level Russian law enforcement in her killing.

END_OF_DOCUMENT_TOKEN_TO_BE_REPLACED

Why now, Mr. Medvedev, why now?

Last week any intelligent Russian citizen had just one question in response to a pair of orders emanating from their so-called “president”:  Why now, Mr. Medvedev, why now?

First, in response to the crash of an airliner that killed an entire Russian professional ice hockey team, Medvedev ordered the airline shut down.  But intelligent Russians were asking:  Why didn’t you shut them down before the crash, Mr. Medvedev? Why did you wait so long?

Then, in response to growing civil unrest, Medvedev authorized the Russian Gestapo to utilize water cannons, tasers and tear gas on peaceful opposition protesters who fail to disperse upon the illegal order of the authorities.  Intelligent Russian citizens were asking:  Why now, Mr. Medvedev?

END_OF_DOCUMENT_TOKEN_TO_BE_REPLACED

EDITORIAL: The Evil Empire shows its Russian Face in Syria

The Evil Empire shows its Russian Face in Syria

We’ve previously reported on the appalling lack of openness to charity displayed by Russian citizens, especially in comparison with the much more generous Americans. The data clearly shows that Russians simply don’t care what happens to their fellow man. Two other items in today’s issue, an essay by Russian film director Andrei Konchalovsky and an editorial about personal corruption by Vladimir Putin, confirm emphatically that Russians simply don’t give a damn at best, at worst they wish their fellow citizens harm.

And that’s just other Russian citizens. When it comes to people from other countries, you may as well consider Russians to be sadists.  Take Syria, for example.

END_OF_DOCUMENT_TOKEN_TO_BE_REPLACED

What’s Wrong with the Russians?

“Cursed be those who express our thoughts before us!”

Donatus, living in ancient Rome, was fortunate – he wanted to be the first to express a seditious thought. If I, living in today’s Russia, wish to express an opinion that someone might find offensive, I need to attribute it to some recognised authority, ideally an eminent Russian thinker. Otherwise I will be accused of every sin in general, and of hatred of everything Russian in particular.

So, here are my thoughts.

END_OF_DOCUMENT_TOKEN_TO_BE_REPLACED

The Kremlin’s Eye turns to Piter

The Other Russia reports:

In Russia, taking part in a demonstration that hasn’t been sanctioned by the government can cost citizens their right to work in federal agencies. Officially dubbed “unreliable” citizens, opposition activists and other political protesters are entered into special blacklists drawn up by law enforcement agencies for purposes that are not entirely understood. It was on such a blacklist that Vera Sizova, a retired resident of St. Petersburg, unexpectedly found herself – upon being told that she was banned from working for the 2010 Russian Census because of her son’s opposition activities.

END_OF_DOCUMENT_TOKEN_TO_BE_REPLACED

Question: Is this a view of the Kremlin from the outside looking in, or the inside looking out? 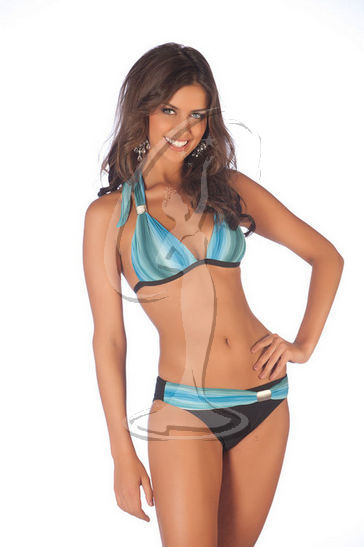 Natalia Gantimurova, Miss Russia, did not make the top 16 at Miss Universe 2011. Ouch!