CARTOON: Of Russian Mice, and Men 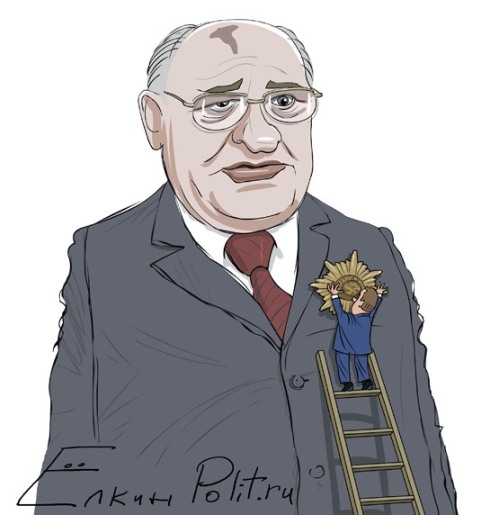 Medvedev poured cold water on the hopes of private media outlets when he said: “It seems to me that it does not make sense to set the goal of moving away from government media because both [private and government-controlled media] exist everywhere in the world.”  In this sense, Medvedev departs from the more liberal stance of Prime Minister Vladimir Putin. As president,  Putin never publicly spoke out so directly in support of state-controlled media.

Dima Medvedev is, of course, a shameless idiot and liar.  Which explains this particular remark, we cannot say. Perhaps, both.

Did you think you would live to see the day when Medvedev would be called more fascist than Vladimir Putin?  We didn’t.

But perhaps it’s the case.

END_OF_DOCUMENT_TOKEN_TO_BE_REPLACED 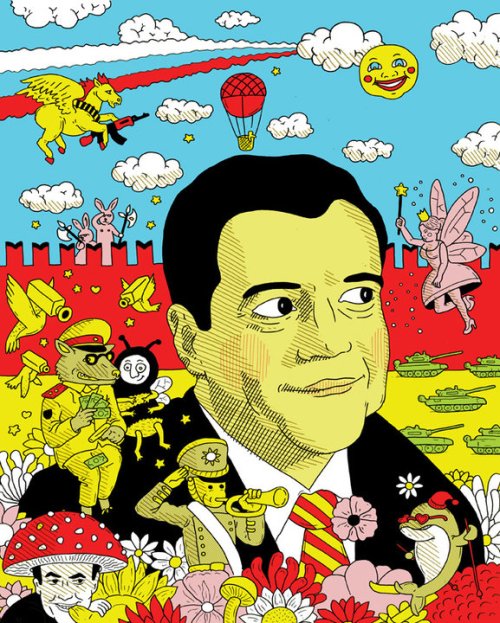 CARTOON: Medvedev and his Little Friend 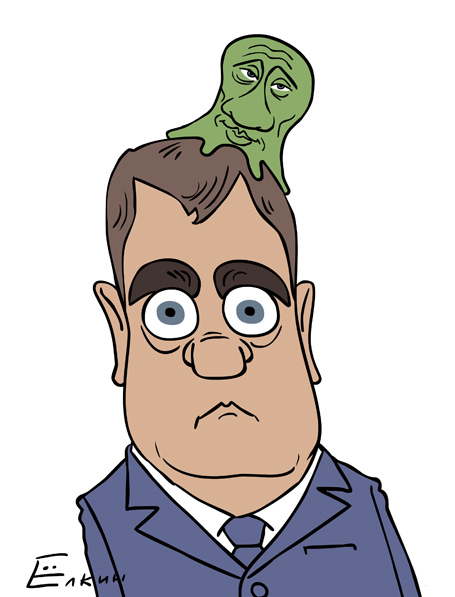 Exposing the Fraud that is Dima Medvedev

Newsweek blows the lid off the “Medvedev is a liberal” myth, for all the world to see:

It says a lot about the kind of place Russia has become that just two minutes of mild mockery of the Kremlin could cause a political shock wave. But sure enough: when the state-controlled Channel One showed a short cartoon in January depicting Russian Prime Minister Vladimir Putin and President.

Dmitry Medvedev dancing together in Red Square, singing a comic duet about the big news stories of 2009, liberals rejoiced. After years of political repression, tight media control, and officially ordained Putin-worship, they saw the lighthearted cartoon as a sign that Medvedev is finally changing Russia. The cartoon followed on the heels of a number of speeches the young president has given on the ills of Russia’s rotten bureaucracy and its broken economy. He’s promised, for instance, to slash bureaucracy and reform the corrupt judiciary, to simplify regulation, and to put government services online. He’s vowed to break Russia’s economic dependence on natural resources and build a knowledge economy. He also recently ordered the firing of 10,000 cops and 16 top police officials, and warned police to stop “terrorizing” private businesses. Nasty nationalist youth movements have been shut down, and human-rights activists once squeezed by Putin have been received as honored guests at the Kremlin. Taken together, these moves have made it seem as though spring is in the air. “I believe President Medvedev sincerely intends to liberalize the system,” says Kirill Kabanov, head of the National Anti–Corruption Committee, an NGO.

END_OF_DOCUMENT_TOKEN_TO_BE_REPLACED

So the president of Russia continues his effort to conquer the Internet space. Dmitry Medvedev’s article “Russia, Forward!” which appeared on gazeta.ru on September 10, is charming. Its charm is unqualified and unconditional — I’d even say that it is absolute. At least it would be hard for me to imagine anything more charming.

My first reaction when I read the piece was a desire to copy it and rework it a bit. For example, maybe put it on a pink background and decorate it with flowers here and there. To mark out particular paragraphs with lipstick kisses and others with smiley faces.

END_OF_DOCUMENT_TOKEN_TO_BE_REPLACED

“As for the theories, I believe that those who committed this crime expected that the theories most primitive and unacceptable to the authorities would be put forward immediately. Her professional activities are necessary for any normal state, she was doing very useful things. She was telling the truth, she has openly and sometimes maybe even harshly evaluated certain processes in the country and that is why defenders of human rights are so valuable even if they are uncomforting and unpleasant for the authorities.”

Those are the remarks of Russian “president” Dmitri Medvedev, made in Germany, in response to the brutal murder of heroic Russian journalist Natalia Estemirova.  Without any investigation having taken place at all, Medvedev has already ruled out the possiblity that Chechen dictator Ramzan Kadyrov, who had repeatedly threatened Estemirova’s life, could have been involved in the killing.  He calls such an idea “unacceptable to the authorities.” Not false, mind you, just “unacceptable.”  Just as Putin did with Politkovskaya, he claims the murderers are foreign conspirators who want to make Russia look bad. Berezovsky again, Mr. Medvedev?  And while acknowledging her work as “necessary” he also finds it necessary to dismiss it as “harsh.”

So now we know without any shadow of doubt exactly where so-called “liberal” Medvedev stands.  He stands with Putin. And let’s not forget for a second:  Putin gave  Kadyrov Russia’s highest state honour, making him a “Hero of Russia.”