EDITORIAL: The Russian Economy is Collapsing

The Russian Economy is Collapsing

In 2008, nearly $130 billion flew out of Russia, erasing the modicum of inflows registered in 2006 and 2007. For its size, Russia as an investment destination pales in comparison to South Korea. Total equity portfolio inflow into Russia in 2009 was just $3.4 billion, according to World Bank data, making it the lowest of the big emerging markets by far. India, China and Brazil all registered inflows over $20 billion. A recent opinion poll by the Levada Centre shows that 22% of Russia’s adult population would like to leave the country for good, up from 7% in 2007. It is the highest figure since the collapse of the Soviet Union, when only 18% said they wanted to get out. Over 50% of Russian entrepreneurs said that they wanted leave the country. “From a macro perspective, I don’t want to be in Russia,” says Justin Leverenz, emerging markets portfolio manager at Oppenheimer Funds in New York. “From an investor’s point of view, Russian politics are far beyond what I’m able to analyze.”

Believe it or not, those words appear in a recent article in which the author is trying to put a positive spin on Russia.  Can you imagine what Russia’s economic critics are saying these days?

END_OF_DOCUMENT_TOKEN_TO_BE_REPLACED

Spectacular Russian Failure at the US Open 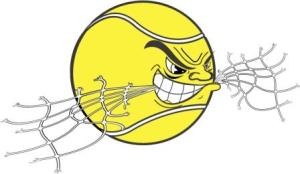 Play began at this year’s U.S. Open tennis tournament on Monday, August 29, 2011, with 21 Russians represented in the main draws. Only France and the USA had contingents of equal or larger size at the year’s final grand slam event, so Russia might have taken some pride in the achievement.

But within days, Russia probably wished it had skipped the tournament entirely.

Before play had begun on Wednesday, August 31, a mere two days in, 11 of those 21 Russians were gone.  Only the USA saw more players eliminated from the draws in the first two days, but the USA had one-third more entries in the draw and as a result lost only one-third of its contingent. It had twice as many active players going into day three as Russia. Russia’s contingent had been cut by more than half and the tournament had hardly even begun.

And it wasn’t just Russia’s second-rate players who were cut down. Russia’s top-seeded male player, Mikhail Youzhny, lost his first-round match to an unseeded opponent in woefully noncompetitive fashion, showing the way to ten of his fellow Russians out the U.S. Open’s swinging door.

Russia’s next major humiliation was provided by Maria Sharapova, the country’s second-highest-seeded female player, in the third round.

END_OF_DOCUMENT_TOKEN_TO_BE_REPLACED

The Horror of Childbirth in Neo-Soviet Russia

“Russia needs babies” may as well be the unofficial slogan of Prime Minister Vladimir Putin’s ruling United Russia Party. The country is in a demographic crisis, shedding 2.2 million people (or 1.6 percent of the population) since 2002, and the government is trying to encourage more women to bring Russian citizens into the world. This year, when I unexpectedly got pregnant soon after receiving my visa to work in Moscow, I became a test case.

Since the Soviet days, having a baby in Russia has been commonly understood as a nightmare of understaffed state hospitals and forbidding bureaucratic mazes. Feminist author MariaArbatova‘s My Name is Woman, an alternatively harrowing and hilarious account of childbirth in the 1970s, was the grim reality for many. Arbatova described being left completely unattended during the final stages of labor, which nearly resulted in her death and the death of her twin sons.

END_OF_DOCUMENT_TOKEN_TO_BE_REPLACED

Stuck in a Russian Elevator

Michele Berdy, writing in the Moscow Times, shows bilingually how little different Russia really is from the USSR:

In an old Soviet joke, a hare runs for his life in the forest. A bear asks him why he’s running, and the hare says that camels are being caught and shoed. Bewildered, the bear points out that the hare isn’t a camel. The hare replies: Поймают, подкуют, а потом доказывай, что ты не верблюд (They’ll catch you and put shoes on you, and then go and try to prove that you’re not a camel).

Today доказывай, что ты не верблюд (prove that you’re not a camel) is used any time you can’t prove something obvious to an obstinate bureaucracy.

For example — that you have an elevator.

END_OF_DOCUMENT_TOKEN_TO_BE_REPLACED

The volatile turbulence that battered the world economy last week should have passed Russia by, but it did not. Indeed, Russia is not burdened by a massive debt, is spared political feuds about budget cuts and is not even exposed to the looming Greek default; nevertheless, its stock exchange fell deeper than most. The Dow Jones index, for that matter, opens this Monday on about the same level where it was a week ago, while the RTS slipped from the plateau of about 11,600 to a low of 9,600 and barely bounced to 9,900 on Friday (Kommersant, August 13). Certainly, the speculative games are only a symptom, and not necessarily a reliable one, of the real economic trends, but statistics suggest that Russia’s economic growth slowed down in the second quarter, and experts argue that the country is entering into the new phase of turmoil, for which it is not any better prepared than it was in mid-2008 (www.newsru.com, August 10; Nezavisimaya Gazeta, August 12).

END_OF_DOCUMENT_TOKEN_TO_BE_REPLACED

Russians: We are More Corrupt, and Hopelessly Sick, under Putin

Marc Bennetts, writing on RIA Novosti, points out that a majority of Russians now believe their country is more corrupt under Vladimir Putin than it was under Yeltsin, and one member of the Russian Duma believes the country is “seriously sick and may already be untreatable.”

The recent brutal slaying of a family of five – including three small children – in a provincial town near Moscow was enough to shock even Russia, a country with some of the highest murder rates in the world, and led a parliamentarian to suggest the killings were a sign that the country was “sick.” Perhaps incurably so.

The bodies of the 35-year-old woman, her three boys aged four, five and nine, and their grandmother were found stacked up in a bathroom in an apartment in Tula, some 200 kilometers from Moscow, late on August 1.