(6) Yegiazaryan Lashes out at Putin

Last week the world heard yet another truly appalling bit of bad economic news about Putin’s Russia.  In January alone, Russia saw a shocking $13 billion in capital flight.  For some context, that figure was almost equal to the amount Russia lost in the first three months of 2010, and it was more than one third of the total amount Russia lost in all of 2010.

This news makes mincemeat of any claims that Russia is on the path to economic recovery. Anyone with a clue knows full well that, just as in 2008, the fact that the Russian stock market is surging carries with it no good news about Russia’s real economy. The stock market is only concerned about one thing, the price of crude oil, because the fact that Russia has oil is the economy’s only bright spot.

Intelligent people understand that Russia’s dependence on oil is a bad thing, not a good one, and they are voting with their wallets on whether Russia has a future.  The vote is a landslide:  Russia’ doesn’t.

END_OF_DOCUMENT_TOKEN_TO_BE_REPLACED

Last week yet another Russian satellite tumbled out of orbit, becoming just one more chapter in the humiliating tragicomedy that is Russia’s effort to leave the planet earth.  The culprit? According to Russia the satellite was bought down by American spies.

And those darned old spies had a busy week, because according to Russia’s president Dima Medvedev they were also busy practicing how to unseat the clan of KGB spies who prowl the Kremlin.  The practice session occurred in Libya, where American spies were working hard to unseat the legitimate and beloved leader Mr. Qadaffi.

Meanwhile, the heroic Kremlin strode boldly to Qadaffi’s defense, telling the world to stand by and watch while the maniac slaughtered tens of thousands of citizens or else Russia was going to get plenty mad.  It’s the same thing Russia has been saying about the lunatics in Iran for some time now.

And to cap it all off, a major pro-Kremlin party was held in honor of International Women’s Day in Moscow, and the featured entertainment turned out to be . . . strippers.

END_OF_DOCUMENT_TOKEN_TO_BE_REPLACED 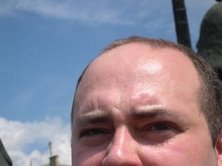 Yeah, you're better without the mouth, Mr. Guillory. Much better.

Sean Guillory, an avowed Marxist and atheist, has been blogging about Russia since October 2004.  In the six and a half years since then, according to the counter on his blog, he has received just under 310,000 visits — that’s less than 50,000 per year, less than 140 per day.

By contrast La Russophobe, which has only been blogging for five years, has received nearly 2.8 million visits — that’s almost 560,000 per year, more than 1,500 per day.  In other words, we have over ten times more traffic than Sean.

The reason for that is pretty simple. Sean tells lies about Russia, and sensible people aren’t interested in lies.

END_OF_DOCUMENT_TOKEN_TO_BE_REPLACED

At last, they come for Putin

The scope of corruption in Vladimir Putin’s Russia has been much discussed, documented in expert reports and quantified in international ratings. Transparency International estimates the country’s annual corruption market at $300 billion; its Corruption Perception Index placed Russia in 154th place, behind Congo and Libya. As economist Anders Ǻslund has noted, there is only one country in the world that is both richer (in terms of GDP per capita) and more corrupt than Mr. Putin’s Russia — and that is Equatorial Guinea. Yet despite many suspicions, Mr. Putin himself has not been openly named in relation to a specific scheme — until now.

END_OF_DOCUMENT_TOKEN_TO_BE_REPLACED

Putin has Russia flat out on the Expressway to Disaster

Although this has been sometimes obscured by high oil and gas prices, the policies Vladimir Putin has carried out over the last decade “are contributing to an economic and political trend which repeats that which led to the demise of the Soviet Union,” according to a leading Moscow commentator.

Writing in Novaya Gazeta, Georgy Satarov, the head of the INDEM Foundation, argues that once these trends and the dangers they present are recognized by Russian society “disappointment with Putin will be much deeper and more severe than the [currently widespread] disappointment in Gorbachev or Yeltsin.

END_OF_DOCUMENT_TOKEN_TO_BE_REPLACED

Yegiazaryan: Another Notch on Putin’s Gun 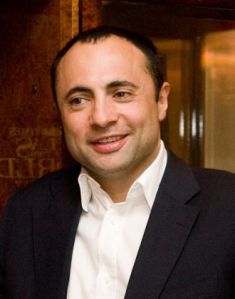 Ashot Egiazaryan, who served as deputy from the Liberal Democratic Party in the State Duma since 1999, writing in the Moscow Times:

On Wednesday, a plenary session of the State Duma is to confirm a warrant for my arrest on allegations of embezzlement. The vote is of little consequence since the Investigative Committee placed me on Russian and international wanted lists earlier this year. This was retaliation for my efforts to contest the theft of my stake in the Moskva Hotel through a conspiracy orchestrated by politically connected individuals.

The Duma vote is nothing more than bureaucratic “tidying up.” Since I am a deputy, the Duma should have agreed to the Investigative Committee request before the arrest order was issued by the committee, not after the event. This marks the latest act in a Kafka-esque drama that makes a regular crime thriller seem like dull reading.