EDITORIAL: The Horror in Ingushetia

The Horror in Ingushetia

On the evening of September 10th, one Bekhan Zyazikov was driving through downtown Nazran, the largest city in the Russian Federation region of Ingushetia, a tumultuous area adjoining the boiling cauldron of Chechnya and full of many people who, like the Chechens, would like to break free of Russian rule.  Ironically for Moscow, they see Russia’s endorsement of similar secession action by Ossetia and Abkhazia in Georgia as precedential fuel powering their desires.

Zyazikov has a famous last name, denoting his kinship with Murat Zyazikov, the president of Ingushetia.  Bekhan’s murder appears to have been the result of a “blood feud” between the Zyakizov clan and that of opposition journalist Magomed Yevloyev, who had been shot and killed by police while in government custody less than two weeks earlier, on August 31st.  Murat is a former KGB spy just like Vladimir Putin, the man who put in him in power. A suicide bomb attack was made on September 30th against Interior Minister Musa Medov, another name on the blood feud hit list. 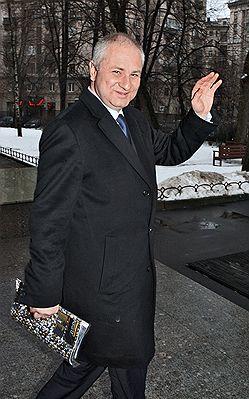 Yevloyev was the publisher of the website Ingushetia.ru, which this past June a Moscow court had found “extremist” and ordered closed. The website is the sole voice of opposition criticism of the regime of Murat Zyazikov (it had published an investigative report showing wholesale fraud in the recent presidential elections). When, a few days ago, the Russian government shut down the Ingushetia.ru web server, the site was moved to a new domain, Ingushetia.org, where it operates today.  In late 2007, the Putin regime had blocked access to Ingushetia.ru “after it called for protests against the local administration which the opposition accuses of corruption and mismanagement,” as AFP reported.  The direct attempt to shut down the website shows that the Kremlin’s persistent indirect efforts, through its legions of hackers, failed miserably.

Shortly before Ingushtia.ru was shut down, it had published the results of its investigation into the Yevlovyev killing, and specifically accused President Zyazikov of ordering it in the manner of  contract hit. Lo and behold, though it had been allowed to operate under the court order for months after it was issued, the axe suddenly fell on the publisher. The Organization for Security and Cooperation in Europe called the murder of Yevlovyev an “assassination” and exiled journalist Fatima Tlisova makes no bones about it:  such a killing, if ordered by the President of Ingushetia, was in effect an action of the Moscow Kremlin.  An editorial in the International Herald Tribune was more blunt: “The authorities repeatedly tried to shut down Yevloyev’s Web site. When they finally succeeded in silencing him, their method exposed a vein of gangsterism that runs from the periphery of Russia to the pinnacle of the Kremlin.”  The IHT quotes the respected Russian human rights organization Memorial as labeling the killing “an act of state terror.”

Hours before being shot, Yevlovyev, a former prosecutor turned journalist, had flown into the Nazran airport on the same plane with President Zyazikov.  He was arrested as he stepped onto the tarmac, and within hours he was dead. At first there were ludicrous reports that the police were claiming an accidental firearms discharge, then that Yevlovyev tried to seize one of the arresting officers’ weapons and the discharge occurred in a struggle.

Events involving Ingushetia appear to be escalating on a daily basis. Less than two weeks after Bekhan Zyazikov was gunned down in Nazran, Magomed Khamkhoyev was in a Moscow hospital recovering from serious injuries after he escaped from a torture chamber where he had been held by kidnappers. The opposition alleges there were nine other such kidnappings of ethnic Ingush men in Moscow in September, and opposition spokesman Magomed Khazbiyev accused President Zyazkiov of order them as well.

On September 22nd Lyudmila Alexeyeva, the head of the Moscow Helsinki Group, gave an interview following her visit to Ingushetia to the Novye Izvestiya newspaper.  Alexeyeva stated: “I asked Zyazikov why innocent, peaceful people who are not involved in armed combat are killed so often in Ingushetia. He said that these arrests are not performed by Ingush authorities, but by Federal ones. These people are driven to Vladikavkaz, and he is not a position to track them, because this is a different republic. After this, I met with the Minister of Internal Affairs, and with Ingushetia’s public prosecutor, and they confirmed that the federal authorities are engaged in the abductions.”

So apparently, even President Zyazikov is blaming the Putin regime in Moscow.  Yet, he has no sympathy for the opposition that is rising daily to protest the atrocities.  Alexeyva states: “He believes that the opposition is directly tied with the terrorist underground that is killing Ingush militsiya officers and civil servants, including relatives of Zyazikov himself. I am convinced that this is not the case. The protest actions and signature collections are absolutely genuine. I would say that the atmosphere right now in Ingushetia is how it was in 1937, when every person went to bed not knowing if he would wake up in the morning in his own home, or if they would would be seized in the night, driven somewhere, tortured and then killed. The only difference between 1937 is that everyone was indiscriminately seized then, and now it is principally men aged 15 to 30.”

More than a thousand mourners turned out for Yevloyev’s funeral.  MHG believes that the escalation of violence and injustice is placing Ingushetia on course for civil war. With a population of less than half a million, nearly 100 have perished in paramilitary clashes already this year.  Reuters reports:  “Gunshots ring out at night in Nazran, the biggest town, and bomb attacks, murders and kidnappings are part of daily life.”  Chechnya, too, is seething once again; on September 24th Ruslan Yamadayev, a former member of Russia’s parliament, was gunned down in Moscow as he drove home from a meeting in the Kremlin.  Yamadayev was a vocal critic of Ramzan Kadyrov, the Kremlin’s puppet ruler in Chechnya.

Elsa Vidal, of Reporters without Borders, sums it up: “It’s just as if the Caucasus were entering a new phase of instability. The fact that journalists are being targeted clearly indicates that the situation is worsening for common individuals.”   It was supposed to be one of the Putin regime’s leading accomplishments to have pacified the Caucus region, but it is clear that in fact this has not occurred. And rather than seek an effective policy, the Kremlin appears to be killing the messenger, in classic Soviet style.

The murder of Magomed Yevlotyev is, of course, only the latest in a long string of liquidations of prominent foes of the Moscow Kremlin, a string that reaches back to Vladimir Putin’s earliest days in national office and includes and includes a vast array of journalists.  As the IHT editorial stated: “Since 1990, at least 291 journalists have been killed or disappeared in Russia, and only a few cases have resulted in convictions.”

One response to “EDITORIAL: The Horror in Ingushetia”