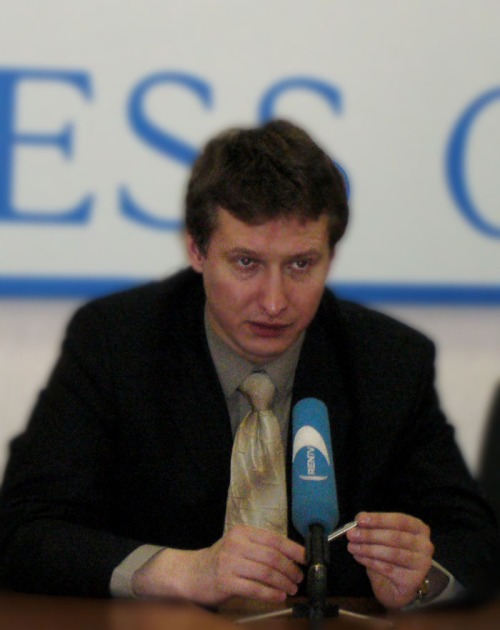 No sooner had we published an editorial (below) decrying the injustice of releasing the brutal murderer Col. Yuri Budanov from prison than the lawyer for Budanov’s victim, 18-year-old Heda Kungayeva, was shot and killed in Moscow after leaving a news conference where he, too, expressed outrage at the release and announced his intention to challenge the release in court. The lawyer, Stanislav Markelov, was a renowned defender of human rights in Russia, director of the Rule of Law Institute and the attorney equivalent of Anna Politkovskaya (indeed, she was one of his clients), and now he has met the same fate as she did, the same fate Russia reserves for all her true patriots.

Anastasia Baburova, a Kremlin-critical journalist with the Novaya Gazeta newspaper which previously published Politkovskaya and at whose knee Barburova had studied, was at Markelov’s side and was also shot, but survived — only to perish hours later in the emergency room. She was NG’s correspondent on the Budanov story and had written extensively about it.   Markelov was shot from behind at 2 pm Moscow time by a silencer-equipped pistol at close range. It is being reported that Baburova was shot when she tried to pursue and seize the assassin after the first shots were fired.

Nobody even casually familiar with this blog can be surprised by this news; it is only the latest in a long string of political murders have have shadowed Vladimir Putin from his first months in the Kremlin.

To the leaders of the Western democracies we can only say:  “How many deaths will it take til you know that too many Russians have died?”

NOTE:  Grusome photographs from the scene of the crime are here courtesy of Kommersant and Novaya Gazeta’s coverage is here (Russian link).

This entry was posted in lawyers, markelov, murders and tagged russia, stanislav markelov. Bookmark the permalink.