In Russia, the old Evils appear in New Guises 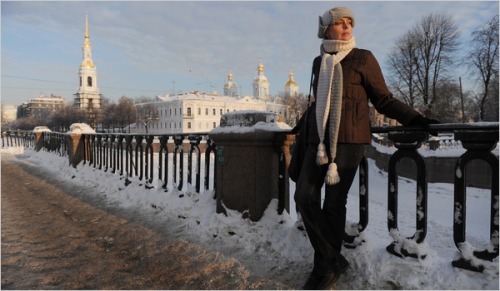 NOT long ago, Yelena S. Chizhova was engaged in what has become a standard winter pastime for Russia’s middle class: taking the sun at a giant resort hotel in Egypt. She and a girlfriend, who also grew up in St. Petersburg, joined the river of people flowing into the warehouse-size dining hall, its tables heaped with steaming meat and pastries.

And then something passed over them like a shadow. The women felt so uneasy that they had to step away for a moment, and Ms. Chizhova asked her friend what she was thinking about. But she did not need to ask. What the two women had in common was relatives who starved in the 872-day siege of Leningrad, as St. Petersburg was then known, when army engineers set off explosives in the fields and shoveled corpses into the craters.

For a moment, Ms. Chizhova had the strange feeling that she was seeing the piles of food through the eyes of her dying relatives. Born in 1958, she learned the official version of the siege from Soviet textbooks, which cast it as a patriotic triumph. The truly terrible facts sifted down to her when she eavesdropped on her mother and great-grandmother, who lost most of their family in the siege, as they talked quietly over cups of tea.