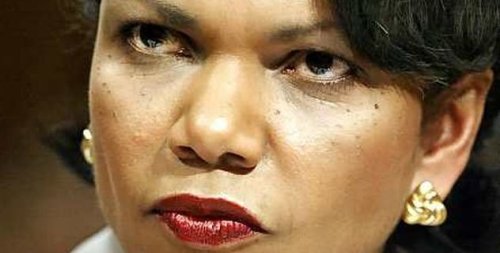 What do you see when you look into HER eyes, Mr. Putin?

For much of the past month, the world’s focus has turned to Russia. We took up the urgent, initial challenge of supporting Georgia after the Russian attack – a challenge that Poland was instrumental in meeting. The main question going forward – which I addressed at length in a speech last Thursday – is, what do the events of the past month mean for Russia’s relationship with the world, especially the United States and Europe?

The circumstances surrounding last month’s conflict are well-known. Mistakes were made on both sides, but the response of Russia’s leaders – invading a sovereign state across an internationally-recognized border, and then seeking to dismember it by recognizing Abkhazia and South Ossetia – was disproportionate. And the responsibility for this behavior lies not with Russia’s neighbors, not with NATO enlargement, and not with the United States, but with Russia’s leaders.