Remember how dangerous it is for any Russian to criticize the Putin regime over Chechnya, as best illustrated by the murders of Anna Politkovskaya, Natalia Estemirova and Stanislav Markelov, a recent interview by Boris Nemtsov is truly breathtaking in its courage.  Paul Goble reports:

The North Caucasus at the present time is “our Palestine,” Russian opposition leader Boris Nemtsov says, the result of the deal between Vladimir Putin and Ramzan Kadyrov in which the former has purchased the loyalty of the latter for cash and at the price of allowing the Chechen leader and his minions to do what they like throughout Russia.

If Russia is to escape from this dilemma, Nemtsov said in the course of an online press conference, several steps are necessary because as the Manezh violence shows the problems of that region are no longer confined to it but rather spreading throughout Russian society.

END_OF_DOCUMENT_TOKEN_TO_BE_REPLACED 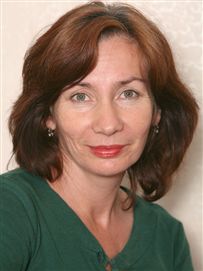 No sooner had we published special issue devoted to exposing the extent to which Vladimir Putin has failed and lost control in the Caucasus than an exclamation point was added painted in the blood of yet one more fallen Russian patriot.

Prize-winning Russian journalist Natalya Estemirova, who may be viewed as a successor to Anna Politkovskaya, has been murdered in Chechnya in order to silence her fearless reporting on human rights abuses by the Kremlin in that tortured region.   In October 2007, she spoke for Politkovskaya on the pages of The Nation magazine.  Today, the magazine is eulogizing her.

Estemirova was kidnapped and then shot in the head in the manner of a mafia contract hit, her body dumped in the gutter like a piece of garbage.

She is the latest in a long line of political murders obviously carried out by the Kremlin to silence its critics (the Kremlin’s puppet in Chechnya had openly threatened her life), a history that dates back to Vladimir Putin’s first months in office with the liquidation of human rights activist Galina Starovoitova.

Once again, the Kremlin will remain silent at this barbaric outrage. Once again, no killers will be brought to justice. Once again, we will ask how many heroic Russians must give their lives before the American administration will stand up for democracy and justice in Russia.  The European Union has spoken out strongly, we await their plan of action. If President Obama remains silent on this killing, his silence will be even more reprehensible than that of her Kremlin killers and history will condemn him.  Mr. Obama has no more time to wait. He must speak now, and then he must act.