Russians Spit on their Own Fellow Citizens, History

Alexander Smirnov has never gotten over the euphoria of August 1991. He was a college student in Leningrad at the time, lanky and pale with Coke-bottle glasses, and on the morning of Aug. 20, 1991, he walked out onto the central square of the city to find a sea of people taking part in one of the largest demonstrations Russia had ever seen. The day before, a military coup had begun.

The heads of the KGB, the army and police, along with a few other obdurate communists, had seized control of the Soviet Union from President Mikhail Gorbachev, and ordered tanks into Moscow to impose a state of emergency. In response, hundreds of thousands of people went onto the streets across the empire to stop the return of the bad old days of the Communist state. “We were prepared to lay down in front of the tanks,” Smirnov says. And in Moscow a few of them did. Only three days after the military junta began, the civil resistance defeated it. On Aug. 22, the coup leaders were arrested, and the Soviet Union never recovered. Four months later, on Christmas Day, it was dissolved.

END_OF_DOCUMENT_TOKEN_TO_BE_REPLACED

The Craven Obamaniacs, Complicit in Dictatorship

After opposition protests in Russia were violently suppressed in May, July and August, spokesmen for the National Security Council and the State Department expressed “concern” and “regret” that Russian authorities were not respecting the freedom of assembly. During the May 31 crackdown, one journalist who days before had interviewed NSC Russia expert Michael McFaul had his arm broken. When McFaul and Undersecretary of State William Burns met with a group of human rights activists and others this month in Moscow, longtime activist Lev Ponomaryov was notably absent. He had been arrested for giving an interview critical of the mayor of Moscow during which he allegedly “stepped on the foot of a militia officer.” Burns lamely called it “regrettable” that Ponomaryov was unable to attend.

END_OF_DOCUMENT_TOKEN_TO_BE_REPLACED 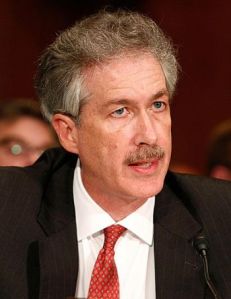 When we read a statement from Oleg Orlov last week indicating after a meeting with top American diplomat William Burns that the undersecretary intended to offer “public criticism” of the Putin regime’s abysmal human rights record, we were heartened. Maybe at last, we hoped, the craven Obama regime has got the message that it can’t simply ignore the appalling neo-Soviet crackdown underway in Putin’s Russia.

But then we read how Burns chose to respond to the fact that Lev Ponomarev had been absent from the meeting because he’d ben arrested for daring to assemble in public to discuss Putin’s atrocities without first getting Putin’s written permission.  To say we were disappointed is putting it mildly.

Burns stated:  “I should note that it is regrettable that Lev Ponomarev, who was supposed to be at the meeting, was not able to attend.  The freedom of assembly is very important to the United States and very important for any democratic society.”

That’s pretty lame all by itself, but then it got much worse.   Burns went on to meet with Kremlin officals and all that could be reported afterwards was: “The arrest was also discussed at the U.S. officials’ meetings with their Russian counterparts.”

END_OF_DOCUMENT_TOKEN_TO_BE_REPLACED

Russia-watchers are no doubt aware of the recent arrest of my good friend Lev Ponomarev. Lev is one of the leading lights of the Russian human rights movement, part of the original perestroika-era generation of human rights advocates whose courageous efforts ensured that democratic reforms were an integral part of the changes that followed the collapse of communism. These reforms have been steadily and vigorously eroded over the past decade under Vladimir Putin. Several days ago, for example, Lev was arrested in Moscow on Flag Day – while walking with a Russian flag. The irony is all the greater because Russia’s Flag Day commemorates the day in 1991 when the tricolor was raised for the first time over the Supreme Soviet building after the failed August Putsch, a time when Lev was a deputy to the Congress of People’s Deputies of the RSFSR and a key figure in the fledgling democracy movement.

I spoke with Lev by phone after his release, and here is what he had to say: