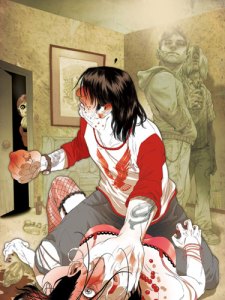 Russia and its Real Men

Russians are fond of working themselves up in to a state of high outrage whenever they hear stories about Russians being abused in foreign lands (like the recent incident in which a Russian adoptee was made to drink hot sauce by his new mother, or the incident where a mother returned her adopted child to Russia).

But good luck getting Russians to manage as much as a yawn when they learn about shocking acts of abuse by Russians against foreigners — that is, if state-sponsored Russian media even report such incidents at all, which they usually do not.

Take for instance the brutal gang-rape of a young Malaysian student at Bellerbys College in London, where tuition is £30,000 ($50,000) a year.   The wolf pack of four Russian students who drugged and then attacked her over the course of more than two hours, filming the savage assault with a cell phone and “celebrating like footballers” as they mauled the helpless fellow student, showed “callous disregard for (the victim) as a human being and a callous disregard for her as anything other than an object” according to the judge who sentenced them to prison in Woolwich Crown Court.

Oleg Ivanov, 23, Norayr Davtyan, 22, Armen Simonyan, 19, and 23-year-old Gregory Melnikov were found guilty of rape and showed no hint of remorse during the trial.  Though the video footage clearly showed the woman was helplessly drugged, they still tried to maintain that she had consented to brutal acts the four of them inflicted upon her, and called their fellow student “a machine for f***ing” and a “slut.”

The barbaric attitude of Vladimir Putin’s Russia towards women has been well-documented here on this blog.  One Russian woman is brutally beaten to death by her husband every forty minutes. It’s virtually impossible for a Russian woman to make a claim in court for sexual harassment, and as a result of the legal impunity the circle of violence only expands and intensifies.

In a study conducted by the Council for Women at Moscow State University, 70 percent of those women surveyed said they had been subjected to some form of violence — psychological, sexual, physical or economic — by their husbands. Ninety percent of respondents said they had either witnessed scenes of physical violence between their parents when they were children or had experienced this kind of violence in their own marriage.

So this wolf pack of inhuman Russian thugs probably forgot which country they were in.  They probably thought they were still in Russia, where they would be free to grab and brutalize any woman they might see, with no consequences, just as they had seen their fathers and grandfathers do before them.

And good luck finding evidence of any effort by Vladimir Putin or Dimitri Medvedev to stop them.  Hardly any women have been placed in positions of real power in the Putin dictatorship, and neither Putin or Medvedev has chosen a woman to serve as prime minister or to head one of Russia’s major business entities that are controlled lock, stock and barrel by the state.  We don’t hear speeches from either man urging their fellow men to treat women with more respect.

And the reason for that is obvious. Putin and Medvedev are no different from most Russian men, and treat women with the same unbridled contempt.  Not long ago the wire services were burning with stories about how Putin had hired a totally unqualified young beauty so serve as his “personal photographer” and in this one act alone everyone could clearly see his cynical attitude towards women, hardly indicative of leadership and progress for Russia.

We condemn Russia’s outrageous, barbaric mistreatment of women and we demand that the people of Russia, especially the mothers, rise and stand together to demand something better for their daughters, who are the future of Russia. A country which views and treats women the way Russia does has no future.