NOTE:  On July 18, Vesti.ru reported that uber-blogger Alexei Navalny had been sued for 1 million rubles  in the Lublin district court in Moscow by Vladlen Stepanov, whom Navalny had accused of corruption. The preliminary proceedings were to begin that day.  Just one small problem:  Navalny had not been served with legal process and had no idea he had been sued.

On July 5th, Pravda was fuming.

It had just learned that the Netherlands had issued a blacklist against numerous Russian officials who were believed to be complicit in the torture and murder of attorney Sergei Magnitsky, who had leveled sweeping charges of corruption at the Kremlin and the been arrested.

But that was only the beginning of Vladimir Putin’s troubles.

END_OF_DOCUMENT_TOKEN_TO_BE_REPLACED

EDITORIAL: Back in the USSR

Back in the USSR

Every year the good folks at Freedom House prepare a worldwide survey of the state of freedom and democracy. This year’s report on Vladimir Putin’s Russia is particularly horrifying, and not even because Russia’s scores were lower than they have ever been, although they certainly were.  What was most jolting was a look back at the trend Russia has now conclusively displayed under Vladimir Putin.

Under FH’s methodology, each country is assigned a numerical rating from 1 to 7 in a variety of basic criteria, with 1 representing the most freedom and 7 representing the least.  Tracking the data over time from 2002 through 2011 produces the following chart:

END_OF_DOCUMENT_TOKEN_TO_BE_REPLACED

A New Low for Russian “Journalism” 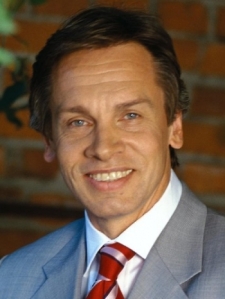 Why is Alexei Pushkov smiling?

We did not imagine we would be called upon to comment on the arrest for sexual assault of former IMF chairman Dominique Strauss-Kahn, but a shockingly unprofessional op-ed about him in the Moscow Times gives us no choice but to do so.

In a profoundly ironic moment, the article accuses the U.S. of arresting Strauss-Kahn based on false charges in order to serve its own “propaganda” interests, yet the article was written by Alexei Pushkov, who hosts a political show on Kremlin-controlled television and earns his living as a professor of diplomacy at a state-controlled university. He is also a regular columnist for state-sponsored propaganda outlet Russia Today.  Not once does he pause to alert readers to his own potential propaganda bias.

And it’s clear why Pushkov wants to make this attack:  In the service of his Kremlin masters, he wants to deflect attention from the Kremlin’s outrageous misconduct in the Magnitsky and Khodorkovsky cases. It would be one thing if he at least told the truth about DSK in attempting to offer his propaganda, but his text is loaded with lies and misinformation that would make Stalin proud.

The basic errors of journalism in Pushkov’s essay are so many and so shocking that they recall the era of Soviet “journalism” when pro-government lies were policy.

END_OF_DOCUMENT_TOKEN_TO_BE_REPLACED

Time magazine reports (for those who read Russian, a new ZheZhe blog has been created for expatriate Russians to lay out their reasons for fleeing the nightmare that is Putin’s Russia):

When he was 17 years old, Alexei Terentev, then a bookish high school student in Moscow, created what the Russian government has been desperately trying to engineer — a start-up with some of that Silicon Valley–style magic. It was innovative, cleverly marketed and could be run out of his parents’ apartment. By June of last year, when Terentev got his diploma from one of Moscow’s elite universities, his company was on its way to making him a millionaire. But it was also getting big enough, he says, “to get the wrong kind of attention from officials.” So Terentev, now 22, took no chances. One day after graduation, he packed up his laptop and emigrated to the Czech Republic, taking his company with him. He doubts he will ever return.

The reasons for his move, as well as his haste, are the typical worries of the young entrepreneurs Russia is currently hemorrhaging: corruption and bureaucracy, the forces that are driving the biggest exodus since the fall of the Soviet Union.

END_OF_DOCUMENT_TOKEN_TO_BE_REPLACED

Putin: Say what you Like, the Whores Love Him!

Unless you’ve been out of the country or under a rock, you’ve probably seen the new “Hot Chicks for Putin” video. If you haven’t seen it, I highly recommend it. A Hot Chick strolls on 10-centimeter heels down a Moscow River embankment to meet up with her Hot Chick friends. As they chat seductively on their cell phones, you get a chance to finally understand an untranslatable Russian word. The camera lingers on close-ups of pneumatic breasts bursting out of tight tops … with chaste gold crosses dangling above them. That, my friends, is пошлость (vulgarity, falsity, cheapness).