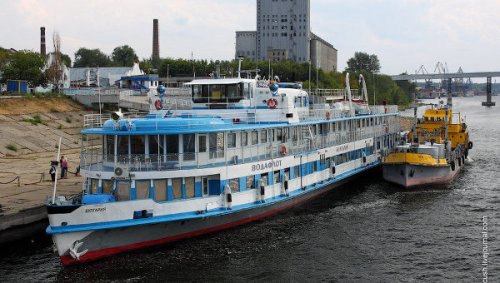 At 8:19 am EST on Sunday, July 10, 2011, the Washington Post published a wire story on its website from the Associated Press  about the sinking of the Bulgaria (shown above in happier times), a fifty-year-old tourist vessel plying the Volga River in Russia more than a mile off shore and near the village of Syukeyevo in the Kansko-Ustinovsky district of the Republic of Tatarstan.  Two minutes later the New York Times published a wire story from Reuters about the same event.  The reports followed the event by about three hours. Since then, the two papers have altered the reports substantially because the information they reported was totally false.

Various Kremlin spokespeople then began claiming that the vast majority of the passengers had been rescued.  Acting as if the Russian government were a responsible, intelligent organization that could be trusted, innumerable Western news outlets began reporting these claims.

Then all hell broke loose.