After the jump, you will see what happened to a Ukrainian activist from the FEMEN organization who dared to bare all to protest against an effort by her government to increase the retirement age and curtail pension benefits for untold numbers of starving aged countrymen, whose lifespans are far shorter than we have in the West.  Having studied at the knee of the Russian dictator Vladimir Putin, the Ukrainian “president” Victor Yanukovich knows just how to handle the situation.

A heroic Ukrainian woman makes a dramatic effort to protest a draconian measure against the aged by her government. 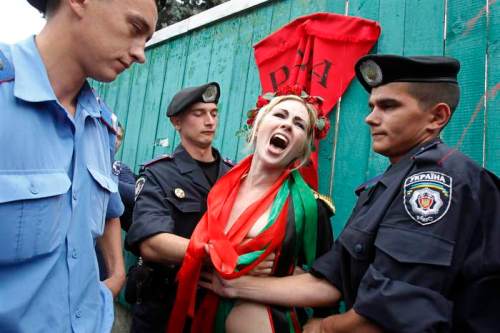 Aping Vladimir Putin, the goons of Ukrainian “president” Victor Yanukovich descend upon her. 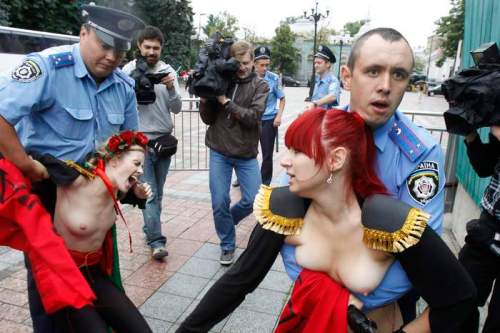 They drag the screaming, defenseless, peaceful woman off to prison, where God only knows what will happen to her.

This entry was posted in russia, ukraine. Bookmark the permalink.