EDITORIAL: In Russia’s Tuapse, a Rising

In Tuapse, a Rising

Maybe, just maybe, when the story of the demise of Vladimir Putin and Dmitri Medvedev is written, the story will begin:  “It all started in Tuapse.”

This utterly charming hamlet by the sea (if you’ve not been, you should) rose defiantly to spit in the eye of Putin and Medvedev once again last week.  After the jump, photographs from the scene tell the tale better than any words could do.

More than two thousand brave Russian citizens poured into the streets, heedless of the Kremlin’s threats and its jackbooted thugs called “policeman” and demanded that their government stop killing them, slowing poisoning their environment with toxic chemicals as if their lives did not matter.

One protester declared:  “We address those troublemakers and environmental racketeers and those who sponsor them: Stop causing a nightmare for our terminal!  Think about where your children and grandchildren will work, and whether life be sufficient for all of us”

We can’t help but wonder:  How long before the same happens in Sochi?

In Sochi, not only must residents fear the loss of their lives, but also their homes.  In order to prepare for the Winter 2014 Olympiad, the Kremlin is running roughshod over both property rights and environmental  protection, laying waste to whole swaths of the Caucasus region and wasting billions of dollars in the process.

Indeed, environmental contamination is a life-threatening emergency all across Russia, as the “pollution” category in our sidebar makes clear.  From nuclear radiation to toxic chemicals to heavy metals, Russia is rife with neo-Soviet contamination about which the government does nothing, because individual human lives mean nothing in Russia. Ordinary citizens are supposed to sacrifice themselves to the state on command.

But not all Russians are willing to sit still for it, to allow their children to be born into such a hellish nightmare.  And the people of Tuapse are leading the charge. We applaud them!

Our issue today documents backlash against the Putin regime across all segments of Russian society.  We document academics, artists, military leaders and government officials pointing to a whole host of failed policies, an significant and growing fury against that failure by segments of the population. No wonder Putin has just passed a new law allowing his secret police to threaten protesters and make preemptive arrests!  His government is coming undone at the seams.

The Kremlin shut down the opposition website in Tuapse, but the protesters still came out in waves.  It threatened them with violence, and those threats were ignored. It accused them of treachery, not loving their country, but the protesters knew it was those speaking who truly loved Russia, those asking for silence who were the traitors.

Look at them! The glorious Russian patriots! Hear them roar! 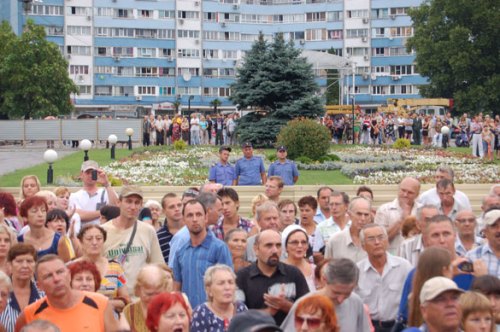 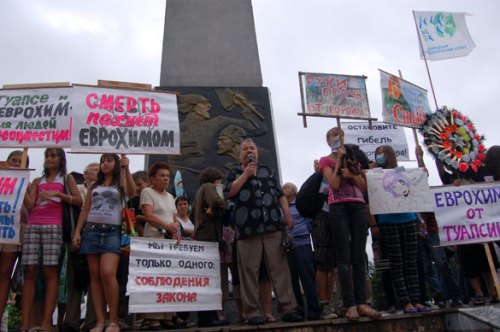 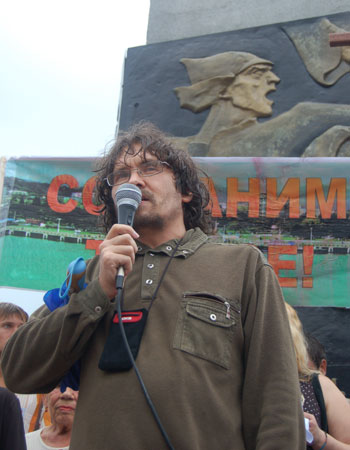 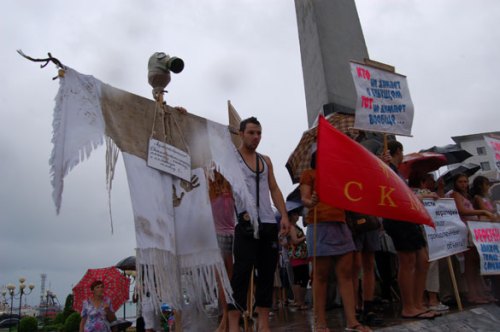 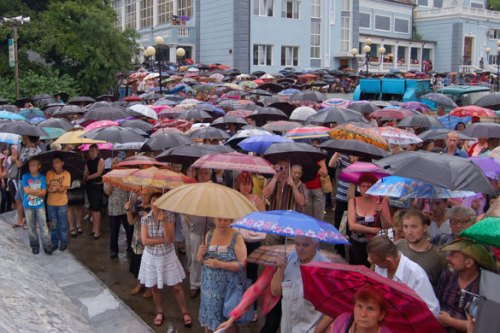 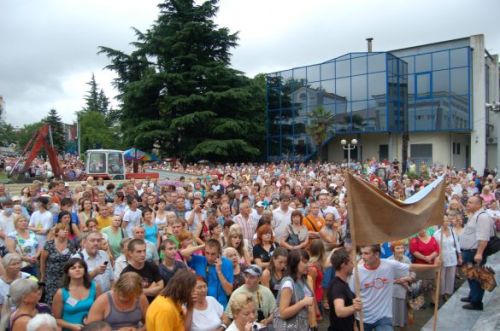 8 responses to “EDITORIAL: In Russia’s Tuapse, a Rising”