The Estemirova Fraud in Putin’s Russia 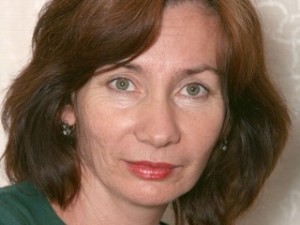 We carry a photograph in today’s issue which makes it appear that a malignant Vladimir Putin is controlling a puppet Dima Medvedev by remote control.  Truly, one picture is worth a thousand words.  Or, in this case, screams.

At a press conference with German Chancellor Angela Merkel last week, Medvedev claimed that the Russian government had identified the killer of hero journalist Natalia Estemirova.

The man Medvedev has fingered for the crime is conveniently dead, therefore there won’t be any trial.  He’s conveniently an anti-government militant, therefore apparently neither the Kremlin nor the Kadyrov regime in Chechnya can be blamed.  And Medvedev himself admits the Kremlin has no idea who ordered the killing — and the killer being dead, no prospects of identifying him.

It is as if the U.S. government blamed the killing of Martin Luther King on Malcolm X after X was himself murdered.  It is farce, in equal parts pathetic and tragic, of a kind only Russia can produce.

Showing far more courage and commitment to human rights than Barack Obama, Merkel openly challenged Medvedev’s laughable statements, declaring:  “It is important that Russia continues to investigate that murder.  In order to feel security in the legal system, it’s important that such high-profile and public cases be successfully solved.”

Meanwhile, Medvedev openly took credit for the enactment of a new law which authorizes the secret police to lock citizens up for weeks without charges on the vague accusation of being dangerous to the nation.

These events emphatically end debate about what sort of person Medvedev really is, and even Russians are openly acknowledging it.  Anyone who can suggest now that Medvedev is any sort of “liberal” or “reformer” can only be seen by thinking people as fully insane.

Meanwhile, Estemirova’s real killers run free, as do those (perhaps the same FSB agents) who took out Politkovskaya and Starovoitova, all after proud KGB spy Putin took power.  It is totally obvious that a conspiracy to murder these public figures exists, and equally obvious that the Kremlin has no intentions of getting to the bottom of it because the Kremlin itself lies at the center.

5 responses to “EDITORIAL: The Estemirova Fraud in Putin’s Russia”