(4)  Whither Putin and Medvedev?

NOTE:  For Russian speakers, Boris Nemtsov has issued yet another acidic report condemning the performance of the Putin regime. We are hard at work on an English translation.  Putin’s Gestapo has already moved against the work, seizing 100,000 copies planned for distribution in Petersurg.  If Nemtsov is not a serious threat to Putin, why adopt Nazi tactics? Seems like he’s far more dangerous than the cowards in the Kremlin would like to admit.

Last week little Bulgaria, whose citizens live far longer than “mighty” Russians on average, poked a finger right in Russia’s eye.  It told the Russians it was no longer interested in hosting a pipeline to Europe, specifically Greece.

There were two truly devastating implications from this action.

END_OF_DOCUMENT_TOKEN_TO_BE_REPLACED

It seems like only yesterday that a Russia-supported coup d’etat swept aside the pro-U.S. government of Kyrgyzstan in favor of one sympathetic to Russia.  And now, the world already sees the results of that action:  brutal, bloody ethnic violence, a massive refugee crisis, and Russian military forces moving to seize yet another former Soviet slave state once again by the throat (the Russian Scoop blog has photos from the scene and more details).  There are already 400,000 refugees and the situation looks increasingly hopeless.  Indeed, the only thing that may save Kyrgyzstan from this fate is Russian cowardice in the face of the Frankenstein monster it has created.

The notion that a Russia-sponsored putsch could possibly result in better living conditions for the people of Kyrgyzstan was ridiculous from the beginning.

END_OF_DOCUMENT_TOKEN_TO_BE_REPLACED

Last week the world saw clearly what happens when a nation looks to Russia for technology.  That nation crashes and burns spectacularly.

Quite frankly, we see it as being not just ridiculous but blatantly offensive for an impoverished, backwards nation like Russia to be engaged in any way in a space program.  The billions of dollars Russia spends each year developing missiles and rockets, all in a frenzied and desperate desire to compete with the United States, should instead be spent on meeting the actual needs of the people of Russia.

END_OF_DOCUMENT_TOKEN_TO_BE_REPLACED

Whither Putin and Medvedev?

Prime Minister Vladimir Putin’s comments to French media about his plans for the 2012 presidential elections sent predictable ripples through the Moscow punditocracy.

“We will see, somewhat closer to 2012,” Putin told French journalists ahead of his visit to Paris. “Naturally, I am already thinking about this issue with President Medvedev but have decided not to make much fuss about it, not to let ourselves be distracted by this problem. What we will do in 2012 will depend on the results [of our work].”

Speaking to “Nezavisimaya gazeta,” Dmitry Furman of the Russian Academy of Sciences Institute of Europe interpreted Putin’s remarks to mean he was leaning toward keeping the current tandem arrangement in place.

“That they will make some sort of pact and refrain from racing against each other for presidency has been clear from the very beginning… Putin’s words regarding his current job did imply that there was at least a chance that he might remain the premier after 2012,” Furman told the daily.

END_OF_DOCUMENT_TOKEN_TO_BE_REPLACED 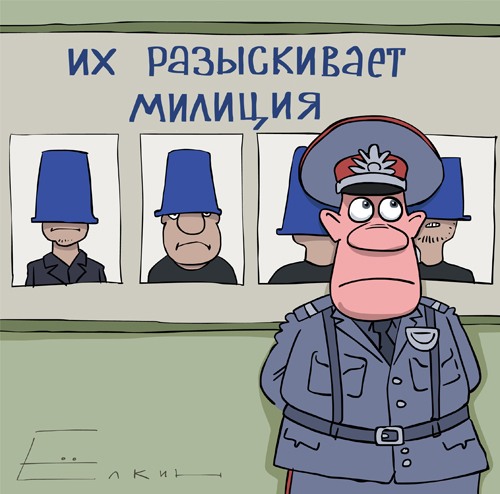