(1)  EDITORIAL:  A Decade with Putin is a Lost Decade

(3)  The Horror of Russia’s Charlatan Science

EDITORIAL: A Decade with Putin is a Lost Decade

A Decade with Putin is a Lost Decade

The inability to understand criticism as an opportunity to improve his nation has led Vladimir Putin to purse the glorification of the existing “Mother Russia” and a new blind spirit of patriotism.  Instead of reform, Putin permitted the nation to rediscover its self-esteem in response to perceived “insults” from the prior decade.  Finally holding power, Putin wanted nothing more than to lash out at the nation’s critics.  As a result, Russia has been driven to a state of impasse.  The Putin decade is a lost decade, with only a facade of democracy being created and no real progress. It is not entirely Putin’s fault, but he bears the entire responsibility.

That description applies not only to the Russian dictator, but to the vast majority of the hapless Russians he rules.  Let’s be clear:  It is not just that Putin publicly denies that Russia’s critics have any merit, it’s that he flouts their statements as a matter of policy, and allows his nation to continue to degenerate into filth and squalor.

END_OF_DOCUMENT_TOKEN_TO_BE_REPLACED 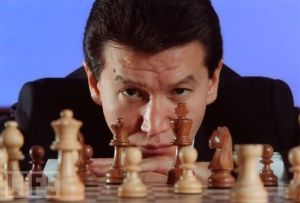 Kirsan Ilyumzhinov is the ruler of the Russian region of Kalmykia, next to Rostov, just south of Volgograd. He’s also chief of the FIDE, the international chess federation, thrust into that position by Russian lobbying.

Andrei Lebedev is a member of the Russian parliament, affiliated with Vladimir Zhironovsky’s “Liberal Democratic” party.  Hearing Zhirik’s name, you may suspect that this story is going to get weird and scary, but quick.  If so, you’re right in spades.

Last week, Lebedev called for an investigation of Ilyumzhinov.  The reason?  Lebedev believes that Ilyumzhinov may have passed important state secrets to Russia’s enemies.  On another planet.

END_OF_DOCUMENT_TOKEN_TO_BE_REPLACED

The Horror of Russia’s Charlatan “Science”

A group of Russian scholars working both in that country and abroad have called on President Dmitry Medvedev to come to the defense of scientific research against the demands of politicians and businessmen who in some cases have been promoting “scientific charlatanism” and even a new wave of “’Lysenkoism.’”

In an open letter to Medvedev and to Yuri Osipov, the head of the Russian Academy of Sciences,  the lettter, which has attracted nearly 40 signatures so far, says that “a situation has arisen at present in Russia in which the importance of science and education is not understood by the majority of the population and even by a significant portion of government employees.”

This ignorance of what science is about, the authors say, “has led to the flowering, in fact financed by the government of scientific charlatanism, ‘Lysenkoism,’ the conduct of pseudo-scientific conferences and the appearance of an enormous number of ‘innovation’ projects and ‘inventions,’” that specialists have serious doubts about and that have generated criticism abroad.

END_OF_DOCUMENT_TOKEN_TO_BE_REPLACED

Chechen President Ramzan Kadyrov has done many things that one might reasonably expect would offend people of good will in Russia, but now he and his administration have taken a step certain to offend many of them: suggesting that Chechen pupils that Russia’s national poet Aleksandr Pushkin wanted everyone to study the Koran.

In an article in yesterday’s Gazeta, Olesya Gerasimenko notes that Chechnya is one of the 19 regions of the Russian Federation in which the foundations of religious culture and civic ethics has been introduced, with 99.64 percent of all pupils there selecting Islam as their course of study. Only 73 of the 20,000 students in the fourth class, the Moscow journalist says, have chosen to study Orthodoxy. And that tilt, she continues, is reinforced by two other developments, one that has attracted some attention and another that few Russians appear to know about.

END_OF_DOCUMENT_TOKEN_TO_BE_REPLACED

At the WTA Tour event in Rome, Italy last week, Russia had three of the top six seeds and therefore should have had three of eight slots in the quarter finals.  Yet, not a single one of Russia’s three top seeds made it that far.  In fact, they didn’t get remotely close.  Instead, as per usual, Russia’s so-called “dominant” women humiliated themselves before a slack-jawed world.

END_OF_DOCUMENT_TOKEN_TO_BE_REPLACED 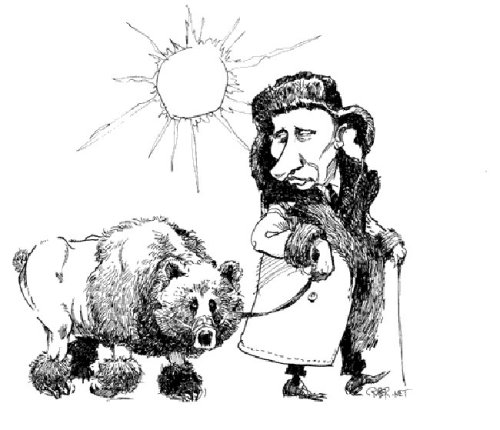 The "president" of Russia is Dmitri Medvedev. His last name is based on the Russian word for "bear." Get it?