(3)  EDITORIAL:  The Russophile guide to Style 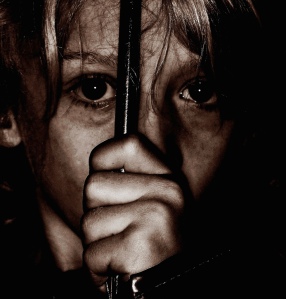 The sensational case of Torry Hansen, the Tennessee nurse who sent her rebellious Russian adopted child back home on a plane by himself, has caused a backlash in the Russian government leading to a savage crackdown on American adoptions by the government and a frenzied torrent of venom from Russian nationalists (Russians, of course, can’t be judged on identical or even worse individual acts of horror by their citizens, but Americans, of course, can be).  To say the least, this response is deranged.

According to UNICEF, as of 2007 Russia had four million orphaned children. Contrast this with the United States, which has only 2.8 million orphans despite having a population more than twice as large as Russia’s.  This means that the per capita rate of child alienation in the United States is over 80% lower than in Russia.  Of course, with an adult lifespan two decades shorter than an American’s, Russian parents simply aren’t likely to live long enough to take care of their children, to say nothing of being far more likely to abuse and brutalize them if they do.

Even the likes of Pravda recognizes that the number of orphaned children in Russia is soaring out of control, even according to the Kremlin’s own data. Here’s what a Russian orphan can expect from life if, like one out of four, he ends up in a state facility:

END_OF_DOCUMENT_TOKEN_TO_BE_REPLACED

Other Russia points to a chart, displayed after the jump (click it to see it full size), which was prepared by the Russian newspaper New Times and shows the shameless cronyism being practiced by Russian dictator Vladimir Putin in regard to the Gazprom energy monopoly.  Putin has filled the company’s management strata with his political and personal cohorts, and possibilities for corruption, exploitation and mismanagement are obvious.

Just days ago, Other Russia reported how Putin’s gestapo had raided the offices of New Times seeking to intimidate and silence the mighty little paper run by firebrand hero journalist Yevgenia Albats, and this story gives a clear indication of just what the Kremlin is afraid of.

Vladimir Putin is systematically taking personal control of every aspect of Russian society, and just as systematically eradicating every media outlet that might report on or criticize his doing so.  The people of Russia are turning a blind eye to his misdeeds, which include mounting a new cold war confrontation with the West while ignoring every social problem faced by Russian society, such as for instance the chronic issue of orphan children on which we report in today’s issue.  And to make matters even worse, the so-called “leader” of the United States, Barack Obama, stands mute and watches it all unfold, ignoring the threat to American security and values presented by neo-Soviet Russia.

We are appalled by the craven cowardice of the Russian people and the American president.  The systems being imposed by Putin upon Russia must bring the nation to ruin, just as they did the USSR, but before that happens, and afterwards, there will be untold suffering and danger to both the people of Russia and the world. Though Putin is the perpetrator, blaming him would be like blaming the fox if it eats chickens after the farmer places it in the hen house.  The real atrocity is being committed by the people of Russia and the benighted “leadership” of the United States.

END_OF_DOCUMENT_TOKEN_TO_BE_REPLACED

EDITORIAL: The Russophile Guide to Style

The Russophile Guide to Style.

Having spent a good bit of time observing Russophiles feverishly attempting to rationalize and defend the failed Putin dictatorship, we feel we are now in a position to offer some conclusions about their style of work.

It’s really quite simple:  Russia is never wrong because Vladimir Putin is a god.

END_OF_DOCUMENT_TOKEN_TO_BE_REPLACED

While Putin floats on Oil, his Countrymen Drown

Moscow’s excessive reliance on profits from the export of oil and gas — the centerpiece of Vladimir Putin’s policies – has been contributing to a significant decline in the standard of living of most Russians beyond the capital’s ring road even as it has boosted the country’s GDP, according to a UN report on “Energy and Stable Development.”

As a result, Nataliya Zubarevich, a geographer at Moscow State University who helped prepare the report says, “there is oil and gas [in Russia] but no happiness,” at least outside Moscow, the oil and gas producing regions of Khanty-Mansiisk and Yamalo-Nenets, and the processing center in Tyumen. Because the Russian government has “incorrectly” relied on oil and gas profits alone to show economic growth, she continues, there has been a decline in the well-being of Russian citizens, not only in terms of income but also in health, education and other social services.

Indeed, the report points out, in order to support oil and gas exports, Russia has to spend nearly five percent of its GDP to support the oil and gas infrastructure, an amount that severely limits Moscow’s ability to invest in the modernization of the country and that will largely preclude it as the cost of drilling increases and Russia’s production of oil and gas declines. In an interview with Svobodnaya Pressa, Zubarevich added that the sale of oil and gas abroad had helped Russia but that the way in which these profits were used now constitutes “a very serious break on development,” one that she suggests will only become worse if Moscow doesn’t change course.

END_OF_DOCUMENT_TOKEN_TO_BE_REPLACED

Putin puts Hospitals in the Crosshairs

With the Russian economy in tatters, Vladimir Putin needs a source of ready cash to continue his cold-war aggression.  The Moscow Times reports on his latest source:

While Washington plans to pump unprecedented sums into what critics call a government takeover of health care, Moscow is moving in the opposite direction by backing legislation that could force hospitals and other public institutions to go commercial or close.

A bill scheduled to be approved by the State Duma in a third and final reading Friday aims to overhaul the financing for medical, educational, cultural and scientific institutions by giving them for the first time a free hand in how they spend state subsidies.

But opponents warn that the “anti-socialist” reform also could lead to a drop in state subsidies, forcing hospitals, schools and even libraries to increase their numbers of paid services or reduce work hours so as to make ends meet. They say this free-market approach could ultimately hurt the population, especially in poor rural areas.