China sticks it to Russia and Gazprom 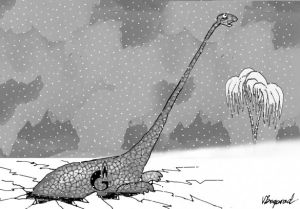 Most news reports and comments on Monday’s festive opening of the gas pipeline from Turkmenistan to China portrayed the event as a strategic setback for Russia. There has been no official reaction, but the Kremlin has demonstrated total indifference to the break on its monopoly on importing gas from Central Asia. (Actually, Iran had broken the mononpoly much earlier in 1997.)

China, Turkmenistan, Kazakhstan and Uzbekistan were quickly able to reach an agreement on the construction of the 1,833-kilometer pipeline that is expected to carry 40 billion cubic meters of gas a year by 2010. This is in stark contrast to the pipeline project along the eastern shore of the Caspian Sea that then-President Vladimir Putin initiated in May 2007 — an initiative that has gone nowhere. This delay is caused not simply by legendary bureaucratic inefficiency in Russia and a lack of funding — something that never stopped Gazprom — but by a profound and under-analyzed change of Russia’s gas strategy.

Up until last spring, Gazprom had pursued a policy of importing all available gas from Central Asia at almost any price based on the wishful assessments of trends in European and U.S. demand and in the valuation of its main product. The collapse of oil prices in late 2008 took Gazprom completely by surprise. Then it was hit by two more surprises: a sharp drop in demand on the European market in the first quarter of 2009 and an even deeper contraction of the U.S. market, which has become saturated with domestic shale gas.

Gazprom was slow to respond to these challenges, and it still has no answers sticking to the doubtful axiom that “the era of cheap hydrocarbons is over.” But one fact is indisputable: After Gazprom agreed in July 2008 to import gas from Central Asia based on high European prices, every cubic meter of gas that it imported from the region was a net loss on the company’s books. As the international economic crisis gained steam and global demand for energy resources dropped dramatically, Gazprom could no longer afford to buy gas at these high prices. But it was unthinkable to raise this issue with Kazakhstan, and political relations with Uzbekistan were too delicate to back out of the gas deal. Therefore, it was Turkmenistan by default that had to take the blow alone. The explosion on the pipeline near the Turkmen-Uzbek border in April inflicted little material damage, but it was used as a pretext to put a complete stop to all Turkmen gas imports. The flow was restored in November after Turkmen President Gurbanguly Berdymukhammedov’s visit to Moscow, but Russia bluntly refused to honor the “take-or-pay” provision in the contract.

In the current plan for the gas balance from 2010 to 2012, Gazprom aims at reducing the annual import from Turkmenistan to 10.5 billion cubic meters, while the target figure in the 2009-11 plan was to increase the intake from 42 billion to 50 billion cubic meters. China has come to the rescue in a desperate situation where Turkmenistan stood to lose about a quarter of its gross domestic product, despite the fact that it increased volumes to Iran at agreed-upon low prices. The main issue for Gazprom was actually to ensure that the redundant gas would not find a channel to the European market, so blocking the plans for a trans-Caspian pipeline has been a high-priority goal for Russia’s foreign policy.

Tactical successes in maneuvering across the crisis-stirred markets and in pushing up prices for screaming domestic consumers still leave Gazprom without anything resembling a coherent, mid-term strategy. It invests heavily in two “strategic” pipeline projects —Nord Stream and South Stream — that could only be filled with gas if transit through Ukraine is reduced by two-thirds, and even then the returns would not guarantee the cost efficiency of the underwater corridors. The decision on starting the giant Shtokman project in the Barents Sea has been postponed yet again to late 2010, and the development of huge gas fields in the permafrost of the remote Yamal Peninsula swings between spurts and delays, pushing up the cost estimates. On its money-making European market, Gazprom clings to long-term, fixed-volume contracts, even if such trusted partners as Germany’s E.On are unhappy about the lost profits that could have been earned on the more flexible spot market.

Even in Moscow, Gazprom is worried that competing interest groups are gaining better access to Putin through Deputy Prime Minister Igor Sechin, while President Dmitry Medvedev’s vague but persistent discourse on modernization remains alien to the company’s hugely wasteful production methods and a bureaucratic corporate culture that is rife with corruption. Gaining control over the gas industry in Turkmenistan, preferably through production-sharing agreements and possibly in cooperation with European partners, should, according to basic common business sense, be a key strategic aim for Gazprom. Instead, it is content to let China move in, while Central Asia is downgraded to low-priority in an energy agenda that is dominated by concessions to Belarus, quarrels with Ukraine and bargaining with Turkey.

One response to “China sticks it to Russia and Gazprom”