(2)  EDITORIAL:  The Caucasus, in Flames

(4)  Isn’t it Romantic? Putin and Hitler

On a visit last week to Abkhazia, Vladimir Putin reminded the world just how deep his KGB roots run. He spewed lies so ridiculous, so totally detached from reality, as to bespeak the worst and most humiliating moments of Soviet-era gibberish.

Putin claimed that “practically all of international society” blames Georgia for the August war with Russia. When asked how this could be so since the overwhemling majority of Westerners openly condemn Russian aggression and have refused to recognize either Ossetia or Abkhazia, Putin explained: “In the West, what is called the West, we have plenty of supporters. They are all under a certain pressure from NATO’s leading country, the United States. And, to put it bluntly, many of them don’t publicly state their positions, because they would then diverge from the U.S. position.”

Paranoia and lies from a classic neo-Soviet man.

END_OF_DOCUMENT_TOKEN_TO_BE_REPLACED

The Caucasus are Burning

Sure, the friends of democracy are getting liquidated in Josef Stalin’s Vladimir Putin’s Russia left and right, and the homicidal Kadyrov regime is openly threatening more reprisals.  Indeed, they make no effort to hide their crimes because they know they have the Kremlin’s blessing.   But if you think the only people getting killed in the Caucasus these days are Putin’s enemies, think again.

END_OF_DOCUMENT_TOKEN_TO_BE_REPLACED

EDITORIAL: Watch “The Italian” and “A Woman in Berlin”

Watch “The Italian” and “A Woman in Berlin”

Someone who wants to take a good hard clear look at Vladimir Putin’s Russia cannot do better than to screen Andrei Kravchuk’s devastating 2005 drama “The Italian” (winner of the 2005 Berlin Film Festival), currently airing on the Sundance movie channel.  Filmed at a real orphanage outside St. Petersburg and cast with real orphans, including a brillant and heart-wrenching performance by Kolya Spiridonov as the title character, the film shows Russia as it really is, in all its brutal coldness and deprivation.

It shows the barbaric conditions in which ordinary Russians live, full of contempt and corruption, and the far more brutal torture they inflict on those not lucky enough to be “ordinary” such as orphans.  Every single frame in the movie is a slice of Russia life, just exactly as it is lived today under Vladimir Putin. Truly, a picture is worth a thousand words.

It also sends the message that Russians, like the little hero of the film, who are willing to risk everything to stand up to the power of their government, its criminality and its corruption, can win. Just as the USSR fell, so to the malignant KGB regime of Vladimir Putin can collapse if Russians who love their country are willing to demand democracy.

END_OF_DOCUMENT_TOKEN_TO_BE_REPLACED

Tagged a woman in berlin, kaytn, russia, the italian

I’ve written before on how Russia strikes me as a very Romantic country.  Not in the look-into-my-eyes-darling sense of the word, but in the more philosophical sense of the word (note the capitalization).  That thought struck with particular force as I began to read Peter Viereck’s Metapolitics: From Wagner and the German Romantics to Hitler.  Many of the Romantic strains that Viereck identifies in German history and character types are also pronounced in Russia.  Indeed, take virtually any one of the quotes to follow, and you can replace “German” with “Russian” and still strike very close to the bone.

END_OF_DOCUMENT_TOKEN_TO_BE_REPLACED 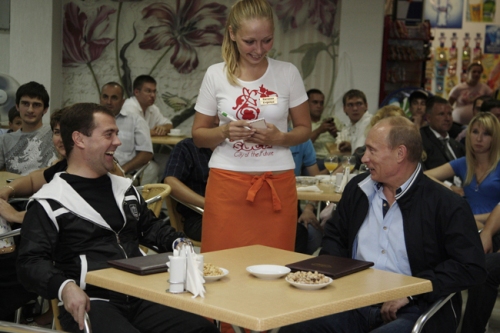