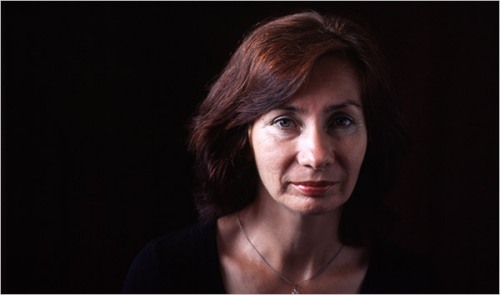 Memorial, the NGO human rights organization slain Russian hero worked for, has shut down its operations in Chechnya becaue of the danger to its staff.  Exactly what the Kremlin wanted!  Newsweek Russia correspondent Anna Nemtsova, writing on Foreign Policy’s blog, remembers her fallen comrad (watch Estemirova speaking on YouTube with English subtitles here;  watch HRW’s video tribute to her here, listen to the New Yorker‘s interview with her here; read a plethora of reader comments on a eulogy by a New York Times Russia correspondent who also knew her here):

Natalia Estemirova had a dry sense of humor and a giant heart. I remember the first time she showed us around her apartment, in the war-weary city of Grozny, she pointed to a huge shrapnel hole in the wall separating her daughter’s bedroom from the hallway. “Check out the new design of the ventilation,” she said. “I never have time to fix it, so let it stay a part of our interior.”

That was classic Natalia — a single mother and a human rights activist in a place that desperately needed them, she never had time for her own life; there were too many troubles to report on. She was a walking fountain of Chechnya’s sad stories: “I want to tell you a story about this man, a widower who was kidnapped from his house in a mountain village and now is being tortured in jail. His two little children live with his mother, who is almost 100 years old.” That was the first thing she told me when we met in Grozny in 2005.

Many times after that, I would call her to see how things were in Russia’s forgotten war zone. Natasha, as we called her, would always quickly reply: “They abduct people by the dozens, they burn their houses, they torture guerrillas’ relatives, kick people out of their apartments — something has to be done, something has to be done to help them.” Who are they? I would ask her. “Come over, I will tell you.”

Well, on Tuesday, they came for Natasha. At 8:30 that morning, as she walked out of her house, she was dragged into an unmarked white Lada, screaming vainly for help. Just like one of the stories she so doggedly pursued. And of course, we know how this one ends: They found her body later that day, in nearby Ingushetia, riddled with bullets. This, unfortunately, was the Chechnya that she knew all too well, the place of thuggery, violence, and corruption that most of the rest of the world has been content to forget. Just recently Moscow declared that the war there is over. Well, it may not be war, but it remains as lawless as a war zone. Abductions and killings by them are rising.

Until this week, Natasha had a simple rule: She never gave up her investigations until she knew for certain that nothing else could be done. That became her practice from an early age, when she was a reporter. Before the wars started, she had been a history teacher. Back in the 1990s, when the violence began, she reported 13 documentary stories for local television stations. “That was when I became a human rights activist at heart. When my husband died in war, my heart hardened,” she said. That was all she told me about her personal life; there was none. She never liked talking about what happened to her husband.

Ever since 2000, amidst the horror of the second Chechen war, she worked for the Russian human rights group Memorial. She reported on filtration camps during the war, and abductions and torture of civilians after the war. These were haunting stories she found, of widows in burnt and blackened houses, crying relatives, dead bodies.

And in pursuit of the truth about this suffering, she was relentless; she could make the dead walk if she needed something. People said that about her. It was Estemirova who investigated and documented the witnesses who saw air bombings in the Vedensky region in 2004, where a mother and her children died; at the time the Russian army officials denied the attacks. If not for Estemirova’s efforts, the world would have never heard of it. It was Estemirova who discovered a mass grave at a construction site in Grozny and put the city authorities “on their ears,” as she said, to do something about the remains.

And it was Estemirova who wrote reports about 50 abducted civilians this year; many locals blamed the disappearances on forces loyal to Ramzan Kadyrov, the region’s thuggish young president. “Ramzan hated her. It was him who got rid of her, as only death could stop that woman,” Oleg Orlov, Memorial’s director, told me the night she was killed.

Whenever we arrived to work in Chechnya, Natasha’s home was our home. The last time we stayed with her, in 2006, she lived with her 13-year-old daughter in a tiny two-bedroom apartment on the top floor of a nine-story building. She had no tap water and the elevator did not work. The city water deliveries came to Natasha’s building at noon, when both Natasha and her daughter were at work or at school. “It is OK, guys, tonight you take a shower out of a water bottle,” she commanded, and sent us off to buy water and food, as her fridge was totally empty. “And no complaints, let’s be happy they do not bomb us,” she said with her natural optimism.

Later that night in her kitchen, we were looking through pictures on a laptop of Mikhail Galustov, a freelance photographer I was working with. Before coming to Natasha, we had spent two days at Kadyrov’s residence; at the time he was Chechnya’s prime minister and heir apparent after the death of his father, the Kremlin’s handpicked leader. The pictures featured Kadyrov showing us around his private zoo: cages with little lions and bears, ostriches running around the garden.

In one series of pictures, Kadyrov was taking his huge dogs out of their cage and baiting them, trying to get them to fight. “I know what else he uses these dogs for,” Natasha said in a heavy voice. The story Natasha told us that night was breathtaking. It was about a teenage boy, a brother of a guerrilla, who had told Natasha that Kadyrov’s police threatened to put him in that cage with the dogs, so he would tell where his brother was. Natasha was telling us story after a story that night about Kadyrov’s methods of “making relatives talk.” Her face darkened, her big beautiful eyes looked tired.

Two years later, the Chechen president offered Estemirova a position as the head of a civil society advisory commission for the city of Grozny. She accepted. It was not in Estimirova’s character to shut up, though. Even while advising the government of Kadyrov, she did not stop writing reports for Memorial. The one about Kadyrov forbidding girls to come to universities without head scarves made him really angry. In March 2008, Kadyrov called her to come to a city office and yelled at her. Estemirova was fired. He threatened her multiple times, she later told us, but her Memorial friends “decided to keep that out of publicity, as Memorial’s work in Chechnya would stop the moment we decided otherwise.”

Last summer, Memorial was so worried about Estemirova’s safety that they had to send her to London and Dublin for a couple months, Orlov, the director, told me. “Of course she could never stay away from Chechnya for too long. She was back doing the worst part — abductions,” Orlov said. This year Natasha’s calls to Moscow Memorial’s office sounded especially alarming. She called every day with her famous line: “Something has to be done.”

And that was just what I was thinking as I wrote this while flying to Natasha’s funeral in Chechnya. Something has to be done. Her body had a bruised face and four bullet holes, two in the chest and two in the head.