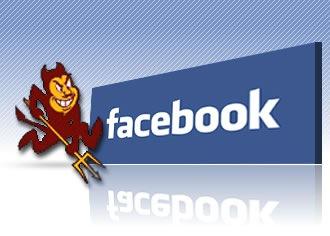 As members of the Facebook community, we express our revulsion at the company’s recent decision to sell 1.9% of it to the Russians.  Facebook has betrayed basic principles of democracy and Internet values, and it should be ashamed.

Two factors mitigate the significance of this decision. First, as far as politics is concerned, Facebook doesn’t matter. It’s not a signficant source of information about Russia, or any other country for that matter. It’s social networking, and nothing more, and it matters least of all in the US, which holds well under a third of its traffic.  Second, the share the Russians obtained is obviously insignificant, and the Russians laughably overpaid (shelling out a whopping $200 million, basically an entire year’s advertising revenue for the company) for what they got; Facebook is also an economic non-entity for now, with no apparent way of earning significant revenue from its traffic.  It’s value has declined significantly since Microsoft paid $240 million for a 1.6% share in October 2007.  The only reason the Russians were able to buy this share is, quite simply, because nobody else wanted it at that price  It only goes to show what an utter dead-end the Russian Internet is — we reported last week that over half its traffic consists of foreign criminals looking to benefit from Russia’s barbaric refusal to protect copyright.

But two other factors aggravate the situation.

First, Facebook has a troubling history of totalitarian leanings, making decisions without regard to the wishes of its members, and it’s something like a monopoly, with no clear competitive rival.  Second, the Russian money man was Alisher Usmanov, who has a disturbing history of attacks on the blogosphere’s freedom and apparently owns at least a third of the Russian interest.  Usmanov is closely tied to the Kremlin and employed by Gazprom, and it’s schocking that an American-owned business would allow someone of his ilk to penetrate a major Internet institution.

Let’s be clear:  Usmanov has actually used his wealth and his attorneys to liquidate a blog that was criticizing him — and not a run-of-the-mill blog, either, but one belonging to former UK ambassador to Uzbekistan Craig Murray.  He is, in other words, the living antithesis of the blogosphere’s core values, and Facebook has made a completely outrageous decision to allow this fox into the henhouse.  It’s clear this company cares little if anything for protecting its members, and is rather only concerned with its bottom line.

So we condemn Facebook’s action, as we condemn the ritualistic destrustruction of the Russian Internet by proud KGB spy Vladimir Putin. First Putin wiped out traditional Russian media like TV and newspapers, then he crushed Russia’s Internet, and now it seems he is turning his attention to the wider world.  It’s time for U.S. President Barack Obama, who just announced the creation of a new Internet cybersecurity “Czar,” to recognize that neo-Soviet Russia represents one of the greatest threats to freedom of expression in the world today.