(3)  A Tinderbox in Siberia 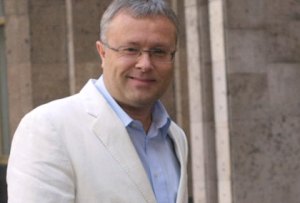 Last week, the Kremlin disqualified the outspoken billionaire Alexander Lebedev from appearing on the April 26 ballot for mayor of the southern Russian city of Sochi, where the 2014 winter olympics are scheduled to be held.

Lebedev, whose name means “swan,”  is easily the most enigmatic living Russian.  A former KGB agent just like Vladimir Putin (he worked in the UK while Putin was in Germany), he somehow found the capital to create a bank holding company which purchased a tiny struggling bank called National Reserve in 1995.  Within three years that bank had grown to become one of the ten largest in Russia, and it was one of only two of those top ten to survive the 1998 financial collapse that brought Putin to power.  Today, Lebedev (who is close friends with former Soviet premier Mikhail Gorbachev) not ony owns part of the Russia’s most strident opposition newspaper, Novaya Gazeta, but also owns the major British paper The Evening Standard.  He also owns big chunks of Aeroflot, Gazprom and Sberbank.  Forbes says he’s worth $3 billion and the 385th-richest man on the planet.

END_OF_DOCUMENT_TOKEN_TO_BE_REPLACED

The Russian economy has taken another plunge deeper into the abyss.  In today’s issue below, we carry an essay by Yulia Latynina exposing the more barbaric aspects, and on Monday in our editorial we’ll take a hard look at Russia’s announcement that as a result of Putin’s failures it will be forced to go begging for foreign loans for the first time in ten years.  Right now, let’s take a look at some of the stunning statistics that document Russia’s new apocalypse.

In the fourth quarter of 2008 alone, real disposable income dropped 5.8 percent year on year, and by 10.2 percent in January 2009 (again year-on-year). And unpaid wages as a share of total enterprise turnover tripled to 0.12 percent in December 2008, compared with August 2008. The stock of wage arrears as of March 1, 2009 (8 billion rubles or about USD 240 million) remains small but is likely to increase as the crisis grows. At the present time such arrears are thought to affect up to 450,000 people, significantly less than 1 percent of total employment. Growth in real wages came to a complete halt in January-February 2009, following double-digit increases in previous years.

Russian wages are in freefall, with an ever-increasing number of Russians being paid nothing at all by their collapsing employers. But three pictures are worth a thousand screams:

END_OF_DOCUMENT_TOKEN_TO_BE_REPLACED

A Tinderbox in Siberia

Paul Goble reports on a tinderbox in Siberia, just waiting for a spark:

Moscow’s push for the construction of a hydro-electric dam on the Lower Tunguska in Siberia is having an unexpected and very much unwanted consequence: the transformation of the land of the Evenk nationality into “a hot spot” far from any other, according to a leading Siberian analyst.  In an article posted online, Dmitry Verkhoturov says that “the struggle around the project of the Evenk Hydroelectric Station on the Lower Tunguska has entered a new stage,” one in which Moscow’s heavy-handedness is pushing the members of the numerically small but well-armed Evenk nation to consider violence.

END_OF_DOCUMENT_TOKEN_TO_BE_REPLACED

Two stories came out in the media at the same time in late March. The first reported that First Deputy Prime Minister Igor Sechin had initiated a review of Norilsk Nickel deals. Simultaneously, Vneshekonombank, VTB and the Audit Chamber started paying close attention to the company as well.

In a surprising coincidence, the State Council of China met in Beijing the next day to appoint Syao Yatsin, the former head of the Aluminum Corporation of China, as assistant secretary of the council. Yatsin’s task in his new post will be to manage the acquisition of shares in foreign raw materials firms for the benefit of China’s state-owned companies.

END_OF_DOCUMENT_TOKEN_TO_BE_REPLACED

You may have thought, dear reader, that you knew all the risks associated with being in Russia.  We understand that, being a faithful LR peruser, you had no intention of exposing yourself to them.  But just so you know, you didn’t actually have the full accounting.  To wit:

Two cannibals have been feasting on the remains of their brother for the last six months in an effort to hide his murder, it was revealed today.

END_OF_DOCUMENT_TOKEN_TO_BE_REPLACED

Turns out it’s just 15 years. Not nearly as long as we all thought. Thank heavens we have these brilliant Russian geniuses to enlighten us.  This is not a joke. They’re serious.  Really.