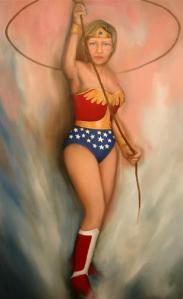 It will be, to say the least, a very strange state of affairs indeed if America is saved from foreign policy disaster by the likes of Hillary Clinton and Joe Biden.

Just as the thinking, moral people of the world stood slack-jawed reading the news about President Barack Obama’s shameful “secret letter” to Dima Medvedev, seeming to sell the Eastern European allies down the river, Hillary Clinton popped up in Brussels and declared:   “We should continue to open NATO’s door to European countries such as Georgia and Ukraine and help them meet NATO standards.”

In other words, her very first visit to Europe the new Secretary of State poked Medvedev right in the eye, using language very similar to that relied on by Biden in his first European sojourn as vice president af few weeks earlier.

Let’s be clear:  Compared to the notion of either Ukraine or Georgia, much less both of them, joining NATO, the notion of missile defense in Eastern Europe looks to Russia like a garden party.  There simply is no more provocative issue on which Russia can be confronted, and Clinton had no hesitation in pressing the hot button.

If she goes on like this, Clinton could go down in history as one of America’s greatest diplomats and possibly even the savior of modern Russia.