(1)  Another Original LR Translation:  The Perils of Putinomics

NOTE:  We’ve never before excerpted text from one of our editorials to the contents page for emphasis, but we feel it’s appropriate to do so now because the following paragraph from #2 above contains an array of links that are essential reading for those inside and outside Russia who are committed, as we are, to democracy.  We state:

END_OF_DOCUMENT_TOKEN_TO_BE_REPLACED

Another Original LR Translation: The Perils of Putinomics

A note from the translator:  The whole world has been laughing at Pooty’s potty potted pearls of market wisdom. Old Poot just can’t learn not to toot! Every time the KGB goon turned ‘prime minister’ shoots his mouth off about the economy, it costs the Russian taxpayer another billion or two, plus kickbacks! Why do they put up with it? Anyway, LR did in an article on this yesterday. Of course, the matter did not pass unnoticed in sensible Russia either. Here is Dmitri Oreshkin of Yezhednevny Zhurnal on the matter. If only more Russian could see the good sense that some of their compatriots are writing.

The Market as Mirror

Translated from the Russian by David Essel

Prime Minister V.V. Putin said the way in which the stock market set the value of the Russian economy was “deformed and unfair”. This is a statement to remember since it reflects the PM’s conceptions of economic deformity and and economic justice.

These conceptions are deeply rooted in a Soviet ignorance that genuinely does not comprehend why “greenbacks” with nothing material backing them up are highly valued while the Soviet rouble, backed by mountains of natural resources, is priced so cheaply.

But let’s be serious. The trouble is that money and shares are not at all what they seem to be in the eyes of our economic gurus brought up in the materialistic traditions [of the USSR].

END_OF_DOCUMENT_TOKEN_TO_BE_REPLACED

“Mr. Putin, can you categorically rule out a return to the presidency in the next 12 months?”

“It’s always the foreign media that are interested in this question. I have a very effective relationship with President Medvedev. I like the way we work together today.  The next elections will be in 2012, let’s wait and see. ”

You will notice, attentive reader that you are, that Putin didn’t say “no.”  Nor did he say that Medvedev would not resign and hand Putin the presidency, just as Boris Yeltsin did in 1999.  He didn’t say Medvedev was a good leader except in that he does what Putin wants him to do.

Can you imagine, do you dare, dear reader, how “President” Vladimir Putin would have reacted a few years ago if his then prime minister had answered a question about whether he would take over the presidency in the next 12 months, with three years still to go on Putin’s term in office, using the same words Putin did when asked that last week?

No, dear reader, you can’t.  Because the consequences would be too bloody and godawful to imagine. But Putin is free to say so, just as he is free to be the one answering the questions and not the actual leader of the country, Dima Medvedev, who thus faced a double and truly bruthal humiliation.  Even if Putin remains as prime minister, he’s still the ruler of the nation.

And even if Putin’s answer means there won’t be new “elections” until 2012, Medvedev can resign whenever he likes, just as Yeltsin did, and Putin as “prime minister” would return to serve ou the remaider of Medvedev’s term, just as he served out Yeltsin’s, followed by 12 more “elected” years, giving him 23 or more years as “president.”  His answer certainly doesn’t rule that out, and clearly stated that he intends to return in 2012.

And Putin’s ambition does not stop at a mere return as “president” for life.  That is only the tip of the iceberg.

END_OF_DOCUMENT_TOKEN_TO_BE_REPLACED 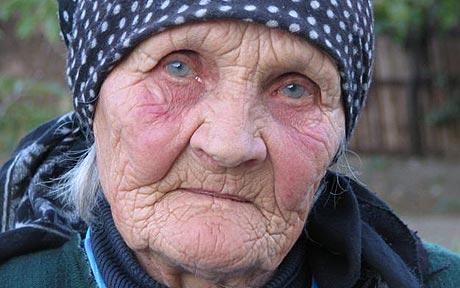 She says she is.

Writing for Radio Free Europe Viktor Yerofeyev, a novelist and a regular contributor to RFE/RL’s Russian Service, explains how neo-Soviet Russia is once again weaponizing paranoia so as to bludgeon the Russian psyche and subjugate the population:

Who financed the global financial crisis?

That’s the main, secret question the Russian authorities are asking. They’re certain there’s no such thing as accidents, or fate, or human conscience. But there are conspiracies.

But we are Holy Rus. And for our Holy Rus, the financial crisis is potentially fatal. But why is it tantamount to death particularly for Russia? Because it is unfolding against the background of another crisis — a crisis of confidence. In recent years the state has once again become, as it was in Soviet times, impenetrable.

Even if the Kremlin is being guided by beneficent notions of our national interests, officials do not discuss those notions in public. They just hand them down from on high, like gods. Deus ex machina.

END_OF_DOCUMENT_TOKEN_TO_BE_REPLACED

Russia is either dramatically misjudging NATO’s attitude towards Georgia and Ukraine, or else it is sinking even deeper into a miasma of propaganda and becoming utterly blind to basic reality.

At their meeting in Brussels last week, NATO ministers

reiterated a commitment that Georgia and Ukraine will eventually join the trans-Atlantic alliance, but held off on granting the two countries formal Membership Action Plans at this time. The Western allies also agreed to gradually resume contacts with Russia, which were frozen after Moscow’s war with Georgia in August, but stopped well short of a full-fledged revival of the suspended Russia-NATO Council, a forum that manages the relationship.

Yet, Russia reacted as if it had secured some type of victory just because formal MAP status was not immediately awarded to the two former slave states. That is really quite insane. Any number of recent NATO members have been accorded full treaty rights without ever being placed in MAP status, and NATO strongly reaffirmed the U.S.-sponsored plan to install a ballistic missile defense shield in Eastern Europe as well as refusing to normalize relations with Russia and guaranteeing that both nations will ultimately join NATO.  Just days ago, NATO carried out another successful test of the missile shield technology.