Thanks to English Russia, we offer the following photographic proof that various Russophobic myths about Russia are totally false, based on the scenes ER offers from an average Russian wedding:

Myth #1 - Russians are fat because of their disregard of healthy diet; in fact, Russians are svelt as runway models, much much thinner than Americans

Myth #2 - Russians are impoverished, living in squalor; in fact, Russians live in prosperity due to a booming economy 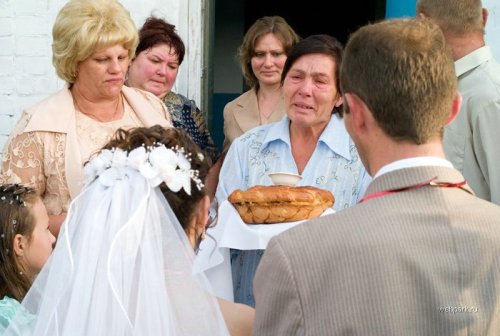 Myth #3 - Russian women are less then stunning; in fact, they are the most beautiful in the world 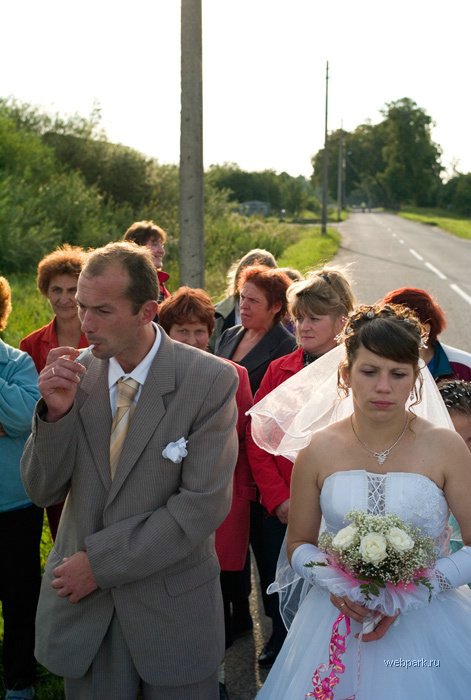 Myth #4 - Russians are a somber, gray people who hate to smile; in fact, they are deleriously happy in the Russia of Vladimir Putin, and never more so than at a wedding of two godlike youngsters

Myth #5 - Russians are somewhat barbaric, even ape-like, and eat food nobody else in the world would touch with a ten-foot pole; in reality, Russians are suave sophisticates who dine on gourmet repasts the world must envy

Just a couple of questions:  Is that “cake” actually glowing? Are those actually bananas? If so, what symblic role might they play in the ancient Russian wedding ritual?  Wonder why nobody is interested in the mystery meat . . .

This entry was posted in russia, sunday photos and tagged photos, russia. Bookmark the permalink.

9 responses to “Exploding Myths about Russia: A Photo Essay”